A fraction of his

And let the blanket of

Other side of life,

For the dVerse poetry challenge: red

“Why is he up there?” Santiago shaded his eyes against the glare.

“To be close to the angels,” A-avó said.

“Isn’t he already dead?” the boy asked softly. He didn’t want to offend his grandmother, whose age seemed close enough to dying.

“Ah,” A-avó shook her head with sorrow. “He is with Jesus now some years. But he kept many from joining Heaven too early.”

The boy’s eyes lit with curiosity. “Did he do magic, A-avó?”

“In his way,” the old woman nodded. “Magic enough to me. Your O-avô would not have lived if it weren’t for President JK bringing medicine to us who lived in the country. The malaria and the tuberculosis would have taken your O-avô. As they had taken mine.”

Santiago thought of how it would be for him to grow up without the man he loved. “Obrigado,” he bowed to the statue.

For What Pegman Saw: Brasilia, Brazil

He said the world’s come to an end.

“For it keeps revolving.”

The dawn and birth,

Are their own continuity.”

In the distance between

Step by step to

Before the future days

For the Lens-Artists Photo Challenge: distance 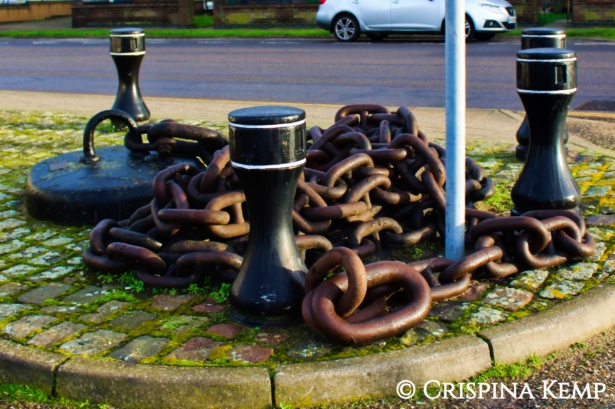 “We’re gonna have to scale things down,” The Earl noted.

“Yep,” Monterey scratched the stubble that sprouted, stubborn, on his chest. He was going to refuse the grooming nonsense next time.

Monterey nodded. He’d put up with the thumping for the last bit of journey. Annoying though it was, the noise did save him the trouble of going into the back compartment to check whether the cargo was still alive.

“Have him at it, then.” The Earl turned and strode back into his cab.

Monterey waited till The Earl disappeared from view before bending to rummage through the vehicle’s boot. He plucked the squirming figure out of its perforated container and held the furious man between finger and thumb.

“You’re a shrink,” he rumbled, pointing another hand at the air-ship’s anchor and chains. “These are too big. Can’t have’em stay this way. So you best shrink this.”

It took him months, but he stuck with it.

It took a lot of coffee, and a great deal of wine, and a good bit of yelling at the keys and cursing at the window, and a heap of crumbled sheets of paper flung across the floor in balls he sometimes let stay there, staring dejectedly at the ceiling as he wished to do, too.

A million times he wanted to give up.

Not when he had promised her he’d write her story.

One finger at a time or not, he was going to learn how to type.

Where the fresh air

For the Tuesday photo challenge: Connect

I believe the magic

And the unremitting wonder

I believe the small,

Making handholds of the worry

For the dVerse quadrille challenge: magic

And joys and sorrows,

Of all the steps

There is the ebb and flow

She could not have guessed

So she just muddled