I could hear them before they even entered the building … his screech, her frustrated murmuring, unclear words with clear intent to hush and stop the fussing.

It did not get better in the vestibule, or the stairway. Screaming, banging on the rails (there’s fantastic echo in the building–apparently it is spectacularly irresistible for maximizing the effect of tantrums).

The mother’s pleas inched up in volume, from “stop this” to “please behave” and “you are making too much noise” to “other people are going to get mad at you” and “if you don’t stop this there’d be no playdates.” The immediate effect was a proportionate rise in the child’s loudness.

I decided to go meet them half-way. It is not something I usually do, so my very appearance in the hallway was enough to generate sufficient surprise to elicit momentary silence. I capitalized. “Sounds like you are having a hard day,” I noted, directing my words to both red-faced figures, one with mortification, one with the exertion of maximizing vocal output on steep stairs.

“I’m melting,” he noted, quite matter of fact, I might add.

The mom looked from him to me and back again. “Melting?”

“A meltdown, I suppose,” I smiled, turned to the boy. “It sure sounds like a major meltdown.”

“Do you think you had enough of a meltdown for one time?” I offered my hand to him. “It sounds pretty exhausting.”

He considered, placed his little hand in mine. Turned to his mother with a rather smug expression. “I done melting now.”

“What was this about?” I wondered aloud.

I looked at him with a raised eyebrow. He nodded, approving of the testimony. “It was my turn to push the button,” he accused.

“Hmm, maybe other people on the bus didn’t know that.”

He looked shocked at the very notion. How could anyone not know what he clearly had?

We climbed. He pondered.

“It only got worse from there,” his mother added, still debriefing. “I had to carry him off the bus, screaming. He threw himself on the ground …”

It explained the stage of his clothing … it had rained earlier …

“He got himself all wet …” she sighed, “I’m sorry for bringing him in such a mess.”

He turned to her, his face a mask of indignation. “Of course I wet, Mama! I was melting!” 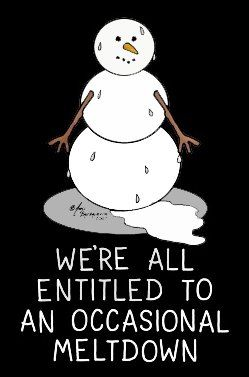 Take a breath in the streaming rays

Feel the light fill up your days

Hear the wind whisper stories to the grass, the fronds, the palms

Find the space that holds your heart inside your calm.

What if there is an exposure that affects health and development dramatically and is more prevalent than HIV, cancer, and Hepatitis combined and yet most doctors do not screen for it? What if you knew of an exposure that increases the risk for heart disease, diabetes, early death, inflammatory diseases, premature birth, metabolic syndrome, depression, anxiety, suicide, and more? What if that exposure was at the base of many learning disabilities, attention issues, and behavior issues and if there was a lot to do to help reduce this risk?

Wouldn’t you want to know about it?

Wouldn’t you want it to be treated as a priority in healthcare and public interest? I know I would, and do. Nadine Burke Harris is sure, too. Listen to her amazing Ted Talk–this is a brief talk that you’ll want to pass along! 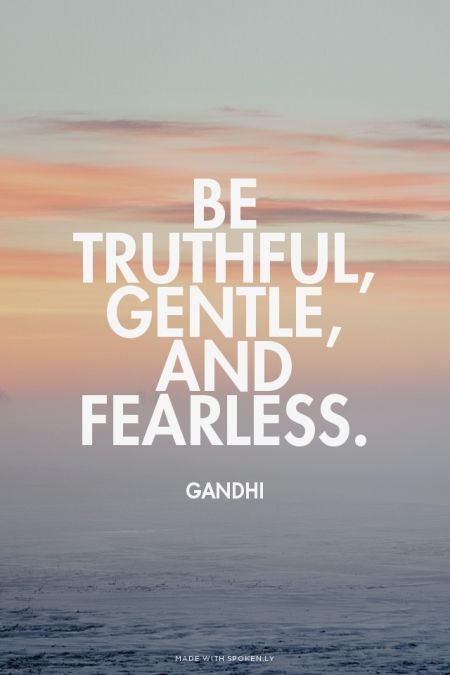 “What is kindness?” she asked.

“Is it being naïve?

Is it seeing no wrong in a person?

Is it looking away from the dark

Is it stepping around any shadows?”

“Kindness is to know wrong exists and yet

also see goodness that lives right beside it.

Kindness is to call dark by name without being righteous,

to look into the voids and offer them light;

To acknowledge the shadow

and hold a hand to those in it,

compassion to those who forgot what light was.

Kindness is the courage to speak truth

and make good on promises.

It is the strength to keep one’s heart soft

It is being gentle with all

and without losing sight of one’s own imperfection.

It is knowing one’s own needs

and the soul’s True North.”

“It sounds like hard work,” she sighed, “this whole kindness business.”

the work of all life, love, and heart;

of laughter and joy

the gift of play

the work of Spirit,

the air of all life.

Be kind, and you would have fulfilled

all that is enough.”

Peace is in our hands ~ artist Valerie Lorimer

As we celebrate mothers of all forms and being, those carrying and bearing life, laboring to nourish and to nurture, guiding, teaching, holding, comforting, soothing, showing, listening, singing to and being with … Let us also remember where Mother’s Day originally came from and its purpose–a purpose that in its own way represents the yearning and dedication, hope and tenacity of mothering:

Arise, all women who have hearts, whether your baptism be that of water or of tears! Say firmly: “We will not have great questions decided by irrelevant agencies, our husbands shall not come to us, reeking with carnage, for caresses and applause.

“Our sons shall not be taken from us to unlearn all that we have been able to teach them of charity, mercy and patience. We women of one country will be too tender of those of another country to allow our sons to be trained to injure theirs.”

From the bosom of the devastated earth a voice goes up with our own. It says, “Disarm, disarm! The sword is not the balance of justice.” Blood does not wipe out dishonor nor violence indicate possession.

As men have often forsaken the plow and the anvil at the summons of war, let women now leave all that may be left of home for a great and earnest day of counsel. Let them meet first, as women, to bewail and commemorate the dead. Let them then solemnly take counsel with each other as to the means whereby the great human family can live in peace, each learning after his own time, the sacred impress, not of Caesar, but of God.

In the name of womanhood and of humanity, I earnestly ask that a general congress of women without limit of nationality may be appointed and held at some place deemed most convenient and at the earliest period consistent with its objects, to promote the alliance of the different nationalities, the amicable settlement of international questions, the great and general interests of peace.

May your day be rich with joy

This is an immensely important article. Not because traumatized children cannot have ADHD–they can, and many do–but because children with ADHD must also be screened for trauma. They are already at a higher risk for maltreatment and overwhelm, and trauma may also lower their ability to manage stimuli and process information, exacerbating inattention.
Trauma and attention for learning are at cross purposes–this alone is a good enough reason to assess what part trauma may play in a child’s clinical presentation.
And of course–if there is trauma that is ongoing, we are all of us entrusted with doing all we can to identify it and stop it, so that children can be safe.
Until we ensure they are safe and FEELING safe, we cannot truly expect them to lower their hypervigilance or attend to what the teacher is saying in class. We cannot expect their brains to respond well to medications that are meant to treat inattention when their survival may feel as it hinges on remaining in hyper-vigilance mode and constantly scanning for danger.
I highly recommend reading this article.

Brown was completing her residency at Johns Hopkins Hospital in Baltimore, when she realized that many of her low-income patients had been diagnosed with attention deficit/hyperactivity disorder (ADHD).

These children lived in households and neighborhoods where violence and relentless stress prevailed. Their parents found them hard to manage and teachers described them as disruptive or inattentive. Brown knew these behaviors as classic symptoms of ADHD, a brain disorder characterized by impulsivity, hyperactivity, and an inability to focus.

When Brown looked closely, though, she saw something else: trauma. Hyper-vigilance and dissociation, for example, could be mistaken for inattention. Impulsivity might be brought on by a stress response in overdrive.

“Despite our best efforts in referring them to behavioral therapy and starting them on stimulants, it was hard to get the symptoms under control,”…

NYC in the Spring 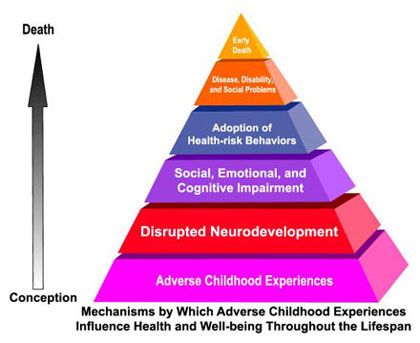 And other questions: What is more harmful: second hand smoke or childhood maltreatment? How is that reflected in funds or investment in prevention or treatment? Where does asthma come in? What can we do about any of this, anyway?

To find the answers to these questions and more, check out this amazing presentation (also available in PDF and PPT on the site–see links below).

This free resource is available due to the generosity of Frank and Karen Putnam along with their colleagues, who created this presentation in the hope that it will be widely disseminated and that it be used as an education resource for the public as well as for researchers and clinicians. The presentation details the prevalence, impact, treatment, and importance (it is highly possible!) of prevention of child abuse and neglect. The authors encourage everyone to use the presentation and share it.