“Every pot can be

But not all of them can make

He said, and fussed

And set the bag

She had the right

It will be the couch for me today, after a bit more lifting, hopping, sliding, climbing, carrying, skipping, and bending, than my sort-of-hanging-in-there spine is happy with.

Not that I regret any of the evasive maneuvers to ‘prevent’ a giggling toddler from stepping on my shadow … Not that I regret going down the slide (well, a little … going down wasn’t the issue, getting back up was … I swear they put these toddler-level things lower and lower to the ground … ;)). Not that I regret counting ducks and spotting turtles, tracking helicopters in the sky, crouching to fix sandals and greet puppies, or examining mini-melted-puddles on park-paths of what might’ve been a dropped ice-cream (the alternative is gnarlier…). I don’t even regret riding hippos “to Israel and also to the Zoo” (yep, New York’s got a whole bloat of tolerant Hippos in the Safari Playground — and no offense to the hippopotami for the term — I don’t make English, I just use is …).

T’was all of it a lot of fun, it was. Delightful as every time spent with this knee-high to a grasshopper of a peanut is. Love that gal to the moon and Mars and back (whether we get there on or off the back of a hippo calf). But this does not mean there’s no piper to pay.

So, I’m paying the piper today. (Hopefully only today …)

And it’ll be slow transitions on and off the couch and bed and chair. And some Ibuprofen, and Biofreeze and Arnica salve, and the duck-wobble molasses-like moving that is the package deal in a body a bit too willowy and quite a bit too finicky than its inhabitant likes to accept, but perhaps should.

Life’s too short and couches got to earn their keep somehow.

“This is where it broke out.”

Bender shaded his eyes from the glare and squinted at the black patch on the meandering snake of ice.

“Tis a mighty small one, then,” he noted.

Roman frowned. “That hole is bigger up close. And anyway, you should’ve seen the length of it.”

Bender shrugged and took a few steps closer, daring Roman to do the same. The ice crunched under their feet, a staccato to their accelerating heartbeat.

They would be punished for walking here. The Winter Gods had taken too many who strayed onto what masqueraded as solid ground but was in fact bog fairies lurking beneath frosted fronds. Even in summer these flats were dangerous, full of sinkholes and swampy ponds that sucked at your feet and then leeched out your blood. Children were outright forbidden from entering the bog.

Which made the space all the more alluring to boys who had to prove bravery and test the lore.

For there was a boy, the stories told, who got swallowed by a sinkhole only to be adopted by the creek and made half-human and half-snake. He could breathe both in the air and underwater, and came to hunt in winter, when other snakes were slowed by cold.

Some had said they’d seen it, slithering among the silver plants by dusk and dawn. Some even claimed to have escaped its grasp — for the half-boy-half-snake had arms that ended in sharp claws held close to it’s lower body as it undulated silently toward its prey. One man had four parallel scars upon his calf that he said were the proof of his escaping the creature.

Roman said he’d seen it, slipping out of the ice.

Bender never could trust Roman’s sight, influenced as it tended to be by what his friend wished to see but often did not. Still, to say so would be showing him a coward … so … Bender took another step, crunching deeper into the foreboding land.

Behind him, Roman breathed out clouds of exhalation accentuated by shorter puffs of terror. “Perhaps it had gone back in already,” he whispered.

“Yeah,” Bender gasped in barely masked relief. “Must have. After all, it is almost full light. Nothing for it but for us, too, to head back.”

Lynn shrugged. “He’ll have to run us over if he forgot.”

“You two, line up already and stop the chatter!”

“Shush, Jerry! Let us cherish the fruits of our labor.”

“Your labor?! Who manned the table saw and has more splinters than a cactus?”

“Poor Bearded Baby … I sanded them all! Quiet, here she comes!”

The van stopped at the cul-de-sac. The driver walked around to the rear and wheeled Mama down.

Ringed by the City’s

A breath of calm

For the Tuesday Photo Challenge: City

In between the wish for more

And need for less

She paused to let the breeze pass

From the rushing steps that never seem to

To the tranquility of what is

And splurged with hidden wonders

Under every gentle splash

Info and so on: Ang Thong National Marine Park is a fabulous archipelago of 42 islands in the Gulf of Thailand. It features amazing limestone mountains, jungles, sandy beaches, waterfalls, and hidden sacred lakes. About an hour fast-boat ride from Koh Samui, it is a protected area of about 100 square kilometers of land and sea and is home to an abundance of exotic wildlife and sea creatures (snorkeling is something you’d really wanna do!). Kayaking, diving, and hiking some of the rocky mountains make for a fabulous time. The Blue Lagoon (AKA Emerald Lake) is absolutely mandatory to climb to!) . Usually a day-trip boat charter from Koh Samui or one of the neighboring islands, there are also some rustic bungalows and tents available for overnight stay. Our family did the day trip from Koh Samui last summer, and it was fantastic!

For the Sunday Stills challenge: Parks

The sweetness will mellow,

To become its own rich 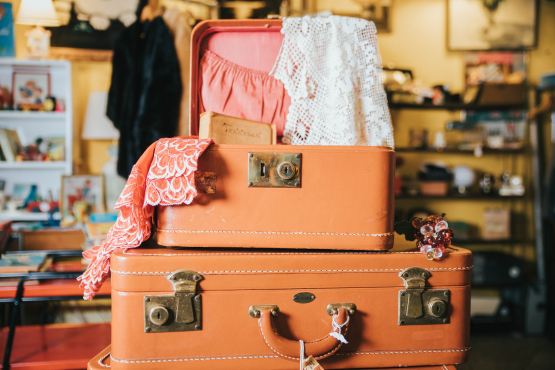 Before first light was when she meant to leave, and working through the night she made sure to have everything she needed with her. When that was done, she double checked that all other items were stuffed into bags or packed inside boxes or sorted into their respective containers. It mattered to her that things maintain their places: on shelves, by couches, under cabinets, in canisters, outside on the terrace, underneath the eaves up at the attic, even stacked along the small shelves that she’d tucked between the twin beds of the guest room or strung across the top of the door-frame inside her closet. She believed it important for one to have whatever they needed near at hand while at the same time not letting life be scattered all over toward disorder.

It wouldn’t do to seek something and not find it untill after it was too late to be of any use. Or worse, redundant instead of necessary.

She was leaving and had no plan for or intention of return. But when they found the place, she wanted whomever it was to know that she had made arrangements on their behalf and had been on top of things to ensure their life, too, could be sufficiently organized.

(Just went to town and had some prepositional fun with that, I had … )

For Cee’s Black & White Photo Challenge: Things made of wood