Photo by Jorge Flores via Unsplash

“I will wait for you,” she said. “Even in cold ruined places where wind blows in the refuse of the city and where more is broken than is whole. I’ll wait, so you can know I’m here when you are finally permitted to come home.”

The house was there first. Small and determined, it huddled against constant winds, braved the sun, stood fast through raging dust-storms and the terror of lightning.

Years passed. The land yielded. The silo was built. A practical thing, meant to store the grain in. However, tacked on as it was, snug into the back wall of the cabin with nary a breath of space between, it also contained hope. It held the promise for winter stews and for bread rising in the oven even long after the growing months had gone and there was little sign of nascent greening, let alone of next harvest’s ripening.

The silo became another sturdy thing to be led home by. There when ice rode in and clouds breathed snow and the cabin was too lonely in the vastness of being. Together they formed a home. An oasis of nourishing. 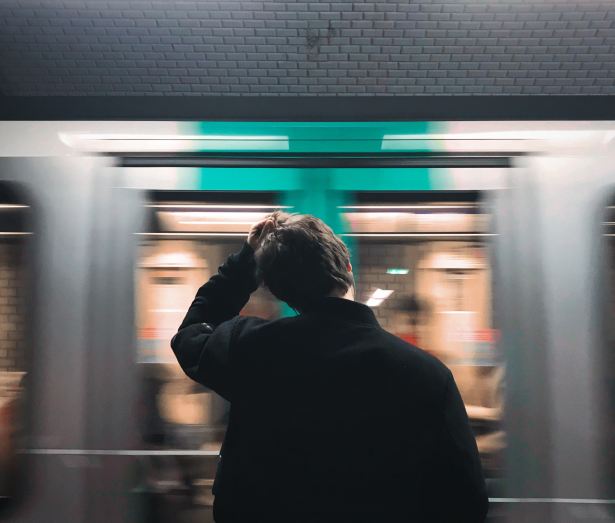 It was to be a fervent

For all the things their souls

For hopes and dreams, and yet

The time and place did not

And left them both perplexed,

It will be tea for one. Again.

She boiled the water in the pot they’d gotten on their honeymoon in Venice, and she spread the tablecloth he’d always said reminded him of his grandma’s parlor (and had always added “in the best way possible” when she’d frown).

She rearranged the mismatched chairs left from the two sets they’d combined when they moved in together, but then returned the plaid one so it rested half-turned to the table and half-facing the radio. Like old times. Like the many evenings when she’d mend some this or that or mark her students’ lessons, while he’d lean forward onto one palm and watch her from the corner of his eye even as his attention was on his favorite broadcast.

“I have eight favorites,” he’d often chuckle. “One for each day of the week and two on Sunday.”

“But none as favorite as you,” he’d always add, just because he knew it pleased her to be reminded that she mattered more …

She turned the burner off when the kettle wailed, a lone wolf in the night. She spooned some of the good tea into the teapot, and poured the water on the leaves to let it steep, then capped the pot and dressed it with the cozy she’d made from his favorite sweater when it had too many holes to patch and too much love to throw away.

“You don’t toss away much,” he’d tease her, and they both knew it was both compliment and understanding. They’d grown with little and later had even less, so she had learned to not let go of things too easily.

“I do keep you around, don’t I?” she’d tease back … some days only half in jest for how he’d manage to so exasperate her. Muddy shoes inside the house and socks that never quite made it into the hamper, and an infuriating tendency to not recall the milk or pay the mortgage. Never mind remembering her birthday or their anniversary.

Or the time he’d strayed from vows … and bore a hole into her heart that never fully mended.

She’d forgiven him for that. Of sort. Or as much as anyone can a betrayal. For she’d come to understand it was based less on his disrespect of her as it was on his embedded insecurities. He’d cried in shame when he’d confessed his indiscretion and she’d ended up comforting him, feeling both tender and resentful.

He’d bought her the tea caddie after that. The hand-carved thing of beauty had cost a ridiculous amount and did little to improve upon the one they’d had already … other than in how it served as a reminder for the cost of pain and of his commitment to penance.

She passed a finger over the caddie’s rounded top and felt each curve like a canyon of memories in her heart. When she’d fallen ill after their failed attempt at parenting, and the bills kept mounting, he’d almost sold his beloved radio to make payments. Yet he’d refused to discuss letting go of the caddie.

“It is worth a small fortune,” she had tried.

“And that is exactly why it is befitting of you that it stay,” he had replied.

She sighed and sat and poured the tea into her cup and watched the steam cloud the glass as the fluid rose like unabated sorrow.

It was their anniversary. The third since he’d left her, this time to where no tea caddie and no amount of tears could remedy.

“Do not hasten to follow,” he’d begged her promise when they both knew it was time. “Go on and live for me.”

Perhaps she wouldn’t have promised had she known quite how bereft she would be without him. Yet she had given him her word, and she was not about to introduce betrayal into the fabric they had so labored to repair.

It will be tea for one, again. Today.

For the Sunday Photo Fiction Challenge 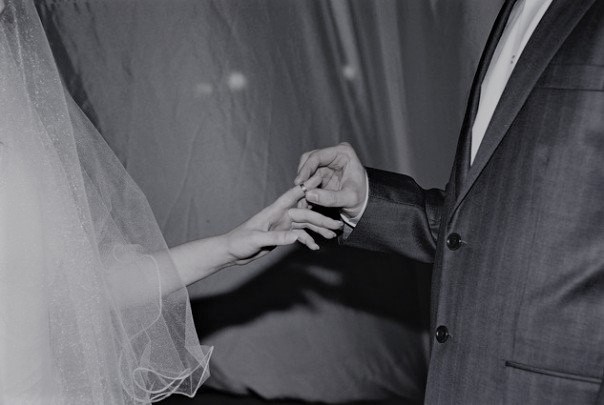 In the moments when your eyes

Under canopies of cloth

And the world recedes to

Who the both of you

Ringed with hopes and tender

May you both know

And that your love

And holds the space

For what is yet

For the Sunday Stills challenge: Fresh 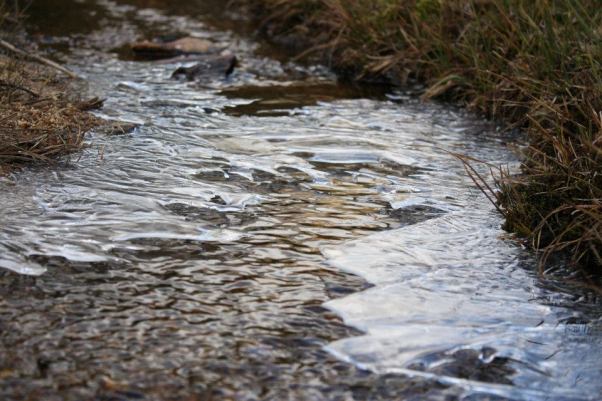