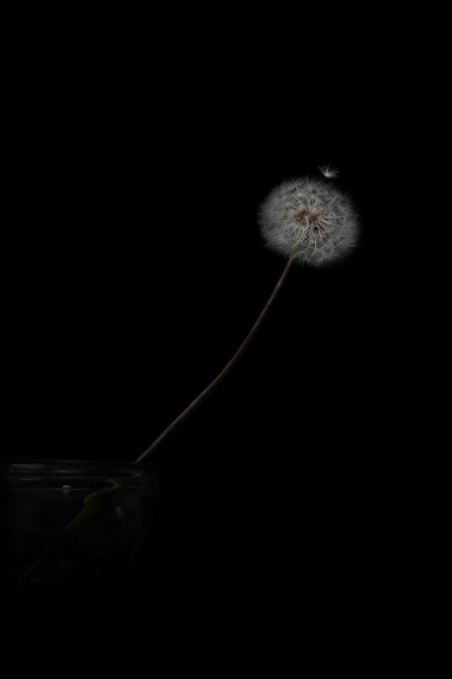 In the blackest night

To hear the flutter of her

As the hours ticked

She had long learned how to

She held on to

Mirrored in her unshed

And recalled the echoes

Of her very early

For the dVerse Poetics challenge: Black 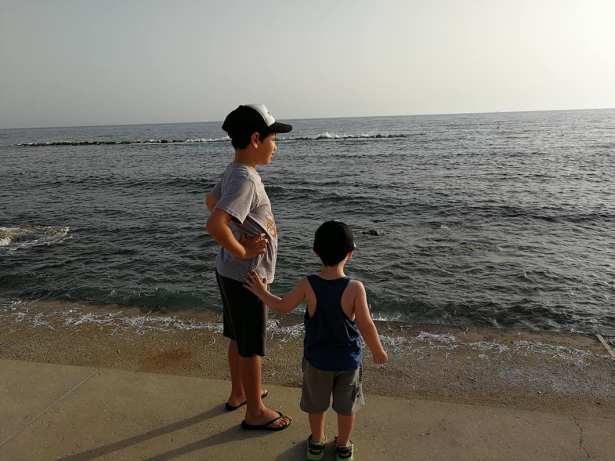 I will go, Big Brother

To the end of the earth

In spite of fear

I will try to repeat

For the Wits End Challenge: Childhood 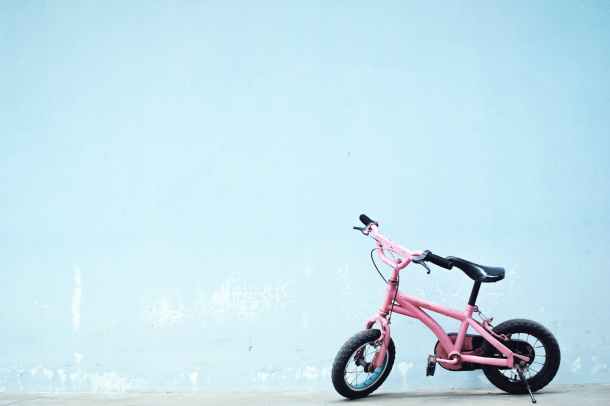 Was a neighbor’s bike.

“Too many hills,” my mom had said

As if topography in any way diminished

Of legs off pedals

From the top of the rise

There was no arguing

We knew her words were code

For “we cannot afford.”

But my sister’s friend across the street

Did have a bike

And with it the absolute power to dispense

There were no training wheels

To ease one in.

There was no question of admitting

And risking an evaporated offer.

So it was guts and trepidation

A stranglehold on the handlebar

And the utter exhilaration 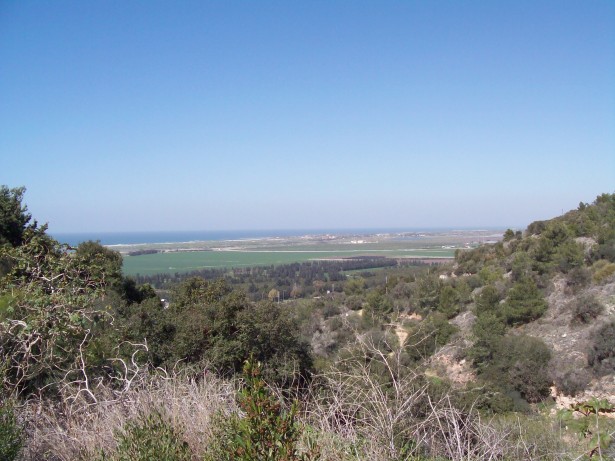 The roads since traveled

The sights you did not know

You will one day reclaim

What is a view

This post is dedicated to memories of all childhoods and sunsets, times gentle and not, and to Frank’s beloved pooch, Ransom. 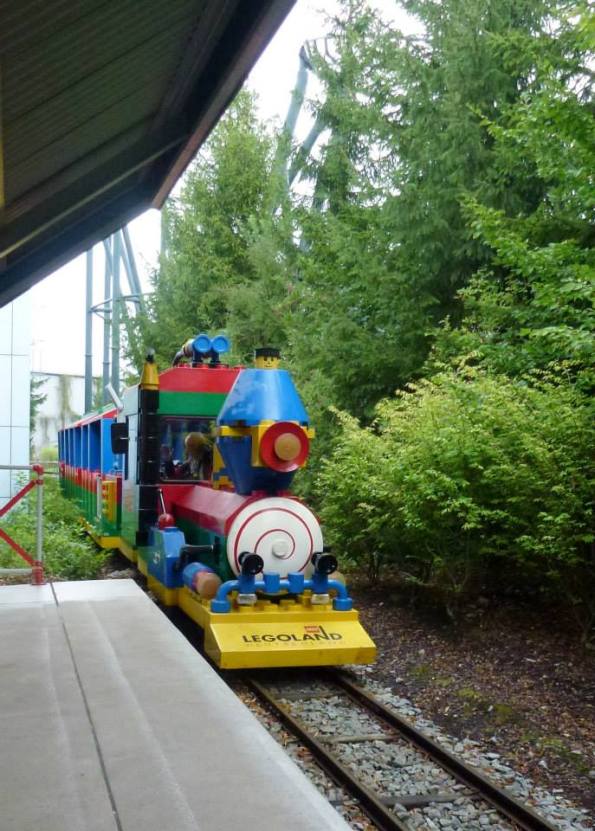 To a fun-filled day

Of speed and sway

And hold on to

The gift of play.

This photo makes me smile.

The vistas and the light and play of shade and stream and sun, yes … But more than anything, the path and the story it tells: the measured step of the dad with the baby on his back, keeping one eye on the older one; the exuberant skip of the boy; the plastic bag tied to the father’s carrier, containing who knows what but probably some leftover drink and snack; the other people in the background, strolling, skipping, taking in the fresh air and the sights.

A timeless story. Set in any place, in every language. Humans walking from one place to another, the oldest mode of transport since we’d swung down from the trees to become bipedal and free up our hands.

For The Photo Challenge

On feet or hooves

On two or four:

I love this photo by my niece of her little boy and his uncle’s dog taking a walk on the beach. It encapsulates a tapestry of perfect pairings: sunset and beach, beach and dog, dog and boy, boy and beach, water and light, trepidation and trust.

The soft waves lap at the figures. Both child’s and canine’s play contained by a still-forming bond.

The silvery light with its promise of blush, the speck of island in the distance …

The footprints and shadow on the wet sand behind …

The image is a salve of contented quiet and hopeful calm.

For the Photo Challenge

Snow is blanketing the East Coast, burying the rulers of measuring reporters, blowing microphones and umbrellas out of people’s hands, stranding motorist on highways, passengers on buses, travelers en route.

And it is COLD.

Too many cars on streets made plows lag in coming. They are yet to transform some paths from the look of dusted by ruptured sacks of confectioners sugar … to gray mushy lines of hiding blacktop. There’s a hush outside. The world stunned by winter’s hold.

People walk gingerly–confectioners sugar it might look like, but up close underfoot this is mighty slippery stuff.

From my window, everyone is a walking story:
Here are the sturdy footers, placing one foot in front of the other in assured steps;
There come the triers, delicately placing one foot and then another, almost in a dance;
The best-spot-placers, scanning the sidewalk for less slippy spots before zigzagging their way along, concentration at the full;
The text-n-sliders, keeping half an eye on the sidewalk and the rest on the small screen;
The unprepared, stepping tentatively in not-quite-appropriate footwear and attempting to ignore physics–a body in flat shoes will sink in snow piles;
And the snow-welcomers, faces upturned to the wind against tugging-hands at their wrappings. Many grasshoppers-size with bookbags and lunch boxes, dismissed early from school, drunk on Snow-Day delight;
There are the careful-balancers, holding canes and walkers or clinging to shopping carts or someone else’s elbow, praying to not throw out backs or hips or knees or ankles, casting yearnful glances at the sure-steppers and grinners, nostalgic peeks at grasshopper magic, and a half-envious, half-knowing shake of head at the texting and unprepared, for their careless take-for-granted health.

From my window, everyone becomes walking story. Stories in the snow.

How do you write stories in the snow?