As soon as he arrived, she would be able to make her exit.

Take time for herself. Have a moment of calm.

She was oh-so-tired. She urged him on.

The minutes then the hours ticked their slow molasses of seconds. Time puddled, sticky, in her mind.

Around her the demands of life continued and her body obeyed. Her hands found zippers and did and undid buttons and washed dishes and stirred pots and hung wet linens and kneaded dough and bandaged a skinned knee and broke up fights and interrupted arguments. Her mouth managed to answer questions she did not remember being asked.

At some point her eyes no longer rose to check the clock. The sinking feeling curled up and took residence inside her gut.

She fed. She bathed. She put to bed.

She rocked. She soothed. Not knowing what she said.

As dark deepened and the night grew long, she knew.

He would not arrive.

There will be only more to overcome.

It is best to not whelm

What upsets your cart? What throws you off? What drains your battery of oomph and energy? Do you get riled up in a flash but calm down glacially? Do you struggle to maintain the smallest bit of equilibrium while others seem to swim in zen-like Flow? Have you been told off for “over-reacting” and being “overly sensitive”? Does it, indeed, seem to be that e-v-e-r-y-t-h-i-n-g is just too much to process, let alone appreciate and thrive in?

That is how life is for a teenager I know.

She calls herself “a case of constant disastering.”

Her days are spent in never ending rush to keep up with assignments that don’t get done because she is too stressed to focus on them because she already worries she won’t manage and then doesn’t. She feels mired in conflict with her parents who she says don’t understand why “every little thing” throws her off. She struggles to attend to all the balls she perceives are in the air and thinks are hers to juggle (only to find out later some were not, and that she’d dropped the very ones she shouldn’t have) …

Her body swings from all out anxious to shutdown and molasses-like, weighed down by overwhelm. She blames herself for both, which only feeds the shame that feeds the stress that feeds more “constant disaster.”

She hates this about herself. She wishes to be someone different.

“But you are strong,” I respond.

She shrugs. She knows. Some days more than others.

She understand how her body’s calibrations had gotten to be quite so delicate: born very prematurely and with serious medical issues that required many painful interventions, her nervous system (and psyche) could not really process the overwhelming stimuli she was exposed to. Her reactions still mirror some of the pathways that became the foundation of her default. Of her survival formation. Her parents, too, were terrified and anxious. Oh, they did their best in love and caring, but they, too, were scared. For her. For her future. Of hurting her. Of disconnecting something. Of something worse than disastrous.

Panic was real and tangible. Babies in that NICU die. She almost did. Twice.

They were all of them scared. Much of the time.

Is it a wonder, then, that life wobbles precariously tentative, at the smallest reminder?

“But I’m not a baby anymore,” she points at lanky limbs that have long ago outgrown any crib or incubator.

“Now I’m just a Geiger meter,” she complains, “and my body beeps ballistic at the smallest variation.”

She pouts, but then a smile pushes a small corner of her mouth and the other corner joins in and she grins, eyes atwinkle. “Yeah, like a full-on skill at constant disastering.”

If your head fleets up and flitters

Filled with too much 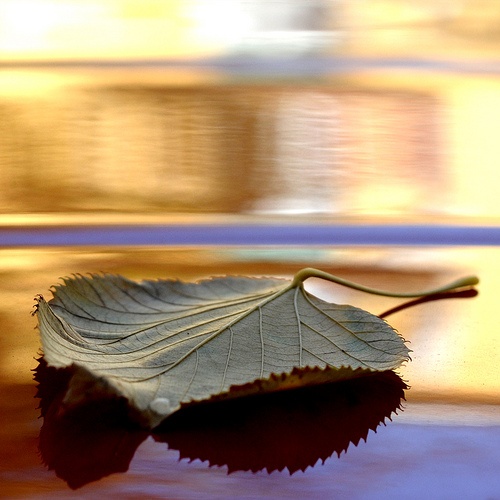 When details crowd you in — take a step into quiet.

When to-dos heap on tasks — take a moment, be still.

When emotions flood senses — take a breath, shed a tear, find your laughter.

When frustration creeps in — let it be, let you be, let it roll.

When minutia takes over the foreground — lift your soul, find horizon.

When time flies beyond call — stop the clocks.

Let the the mess have a corner.

He lay alone. A crib among a sea of cribs.

Disembodied cries: His own? Others? Anyone?

Too many babies, too few staff.

He learned to rock himself to sleep.

His mind took him away from hunger, fear, despair, exhaustion.

Contracted world. Folded unto its own.

Then in the numbing monotony

Faces too close, movement too rapid, changes too many.

Snail in. Check out. Burrow deep into alone.

Still something tugged. Come back.

Gentle rocking that filtered into his own and

He fled into his mind.

He peeked out. Fled back in.

Eternity or weeks or months.

Soothing voices at disembodied cries: his own?