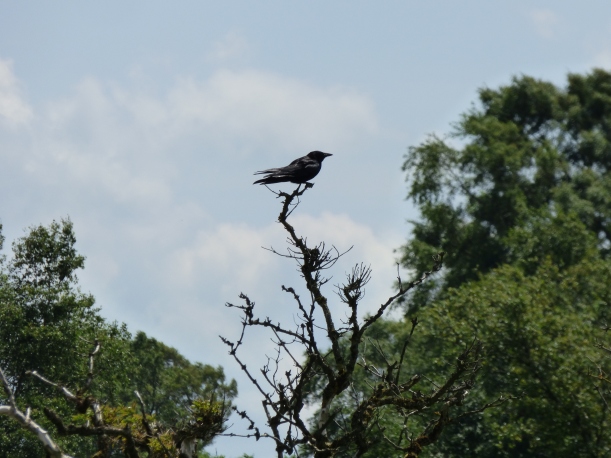 ‘Twas the best spot in the woods and he was keeping to it.

Sure, it had almost no leaves and practically no protection from the wind. Sure, the branches whipped around in every breeze and let the cold sneak under the most primped up feathers.

It none of it mattered.

When he could perch up at the very top.

“See Topper there?” he heard a winger chatter at another. “He thinks he’s top banana.”

“Not banana,” Topper retorted, and puffed his chest for emphasis with not-so-hidden indignation. “Top crow!”

“Who put it there?” Moe grumbled.

The waiting room was almost empty, but it only added to his resentment. Don’t people know it is cruel?

Alisha looked up from the small screen that consumed her waking moments and too many of what should have been her sleeping ones.

At least she was sort-of-paying attention.

“That,” he put as much contempt as he could manage with a parched brain into the word. He hated clinics. Especially this one.

“Oh, it’s yours,” Alisha handed him the water bottle. “Nurse said to have some. Told you no need to fast.”

“Simply look down instead of up,” Manny pushed his hands deeper into his pockets and hiked his shoulders up against a chill no one else probably felt. It was 99F outside.

“But the basilica is right here, and so beautiful!” Danielle exhaled wonder.

My point exactly, Manny thought, but did not say. Recruiting was a subtle thing.

Instead he nudged the water with his shoe, rippling the surface to distort the reflection of the edifice. Almost spitefully the puddle settled back into the sharpest mirror, and Manny half expected his superiors to appear in frowning disappointment at his dismal conversion pace.

“What it is?” Danielle responded to his sigh, her eyes still gazing in the opposite direction of the Netherworld, and therefore opposite to where he needed them to be.

“Nothing,” he muttered, deflated.

Her softly luminescent hand appeared. “How about we go into the church and pray about it?”

Marshall nodded and surveyed the area, hands clasped behind his back in a show of control that did not quite hide his devastation.

Danielle caught Sandy’s eye and the latter blinked acknowledgement. Marshall’s white-knuckled grip and the way he rocked ever so slightly on the balls of his feet communicated volumes. Danielle didn’t think he trusted his voice.

“We did find some items scattered farther on,” Danielle pressed, distressed by his unnamed grief.

“Mostly parts of items,” Sandy clarified. Won’t do to raise hopes when they already knew nothing was salvageable.

Marshall lifted his head and gazed at the path of destruction the freak storm had left on the barrier island. A quietude spread inside him. An ebb and flow of sorrow and release.

“Thank you ladies,” he told the county’s disaster inspectors. “Mother Nature had spoken. I will not rebuild.” 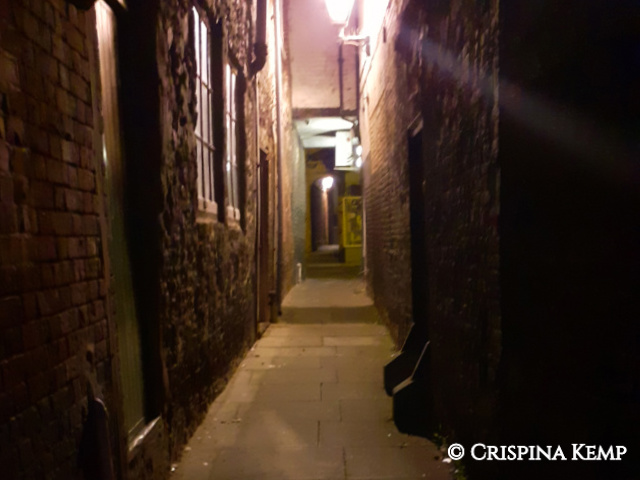 “You cannot avoid her forever,” Mom’s sewing barely paused as she cut the thread and got another length through the eye of the needle, “not when Alice lives but an arm’s length away.”

I hunched miserably over my own sewing, the tip of my tongue lodged against my teeth where it would not show but can still provide me some security. The ‘hidden’ stitch kept sprouting comas of thread on the side of the hem one wasn’t supposed to notice any. I was hopeless at needlework. Mom still insisted.

I avoided you finding safety pins in my hem, I thought to myself, and our cramped quarters allow even less than arm’s length.

I shrugged. Mrs. Munster’s house bridged the alley. She was a dragon, but I just couldn’t face Alice. I was too ashamed. 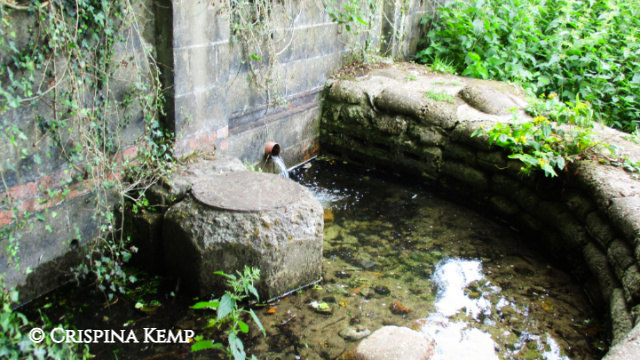 Mauve wondered what lay behind the walls. The structure was heavily surrounded by briars, vines, and weeds that would leave welts on anyone who tried to make their way through them. Though many of the plants seemed native to the area, she couldn’t avoid the feeling that their placement and proliferation was intentional.

She saw no opening. The smooth walls were obviously water tight, and the pipe that drained into the small semi-circular pool hinted at some kind of reservoir. But who would build one and leave no means of entry? Why? Why in the forest?

Was the old woman joking? Mauve couldn’t see her face.

“I would not drink it,” the enigmatic bed-and-breakfast hostess added. “Too potent. But rinse your feet in it if you wish. Been known to change some young folks’ fate.”

The sun beat on his nape and his shirt stuck to his body, too wet to do any good in absorbing the sweat that trickled maddeningly down the center of his back and soaked the waistband of his pants.

His arms ached. Granite did not easily yield.

The soft ripples of the water mocked him, parading a breeze he did not feel. The pillar blocked what small air movement could be had. To add insult to injury, the hot stone reflected the stifling heat back at him. The path was an oven.

A dragonfly skimming the river caught his eye and he paused, mallet in mid-air and chisel in position, muscles bunching under the folds of his damp sleeves.

What if? he pondered.

He shook the thought out of his mind. Let the mallet land.

Who knew what lurked under the surface of seemingly inviting water. Better hot than drowned. 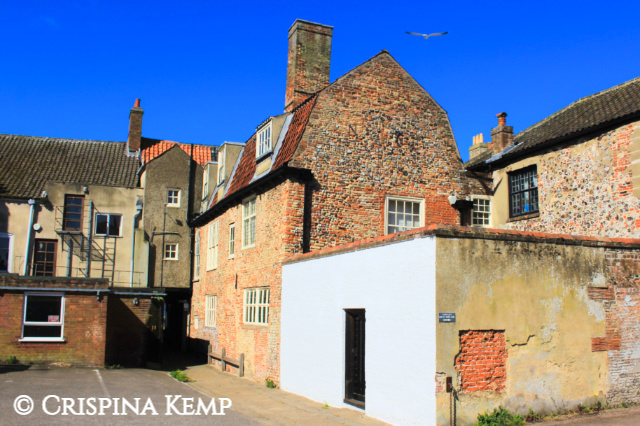 “He should be here soon,” Ernest’s inert body belied the excitement in his eyes.

“It might not be today,” Gertrude noted. She knew he had to hold on to hope, but she could not bear to see him wade across another disappointment.

There have been far too many of late. And more coming.

“Oh, it will,” Ernest insisted.

Gertrude nodded. When he got something firmly into his head, there was little use in trying to dissuade him. Nor much to gain from it, really.

She wheeled him to a sunny spot out of the wind, arranged the blanket over his lap, and brought herself a stool. The both of them could use fresh air as well as what vitamin D they’d manage making.

They sat. She dozed off.

His cry woke her. Joy. Not pain.

Merlin, he’d called him. The osprey rested twice-yearly, mid-migration, on their chimney stack.

It wished it could put its wings down.

Or rather, once again.

Sure, the effect of petrifaction was dramatic. Everyone liked a good statue. What everyone conveniently forgot (for any educated person would have read about Narnia) was that most statues that appeared life-like were actually … petrified.

In every sense of the word.

You try holding your pee for that long. And let’s not even talk about kidney stones.

And yet, it was the perpetual taking off that rankled more than anything. The anticipatory knots in the back of the shoulders. The wind’s lift that refused to take hold.

It was a relief when the earthquake broke a wing.

One down. One to go.

The thickness of the walls supported their claims. The deeply recessed windows. The heavy coats of paint on ancient plaster.

‘Twas all a ruse. Of course.

The false ceiling hid a warren of crawl-spaces and narrow hiding places. A stream of escaped slaves was followed by a flood of those fleeing Nazi persecution and thereafter a steady trickle of modern-day refugees.

The ceiling hid them all. Young and old. Broken and defiant. Desperate and bewildered. Men and women and the all-too-heartbreaking child.

Some stayed a night. Others for longer sheltering. Hilda had stayed the longest. A girl on arrival, she was almost a woman at war’s end. She emerged educated. In silence. In stealth. In compassion.

She became the guardian of those who followed.

Fortified with hope of one day needing it no more.

For the Crimson’s Creative Challenge

Note: Dedicated to all the heroes who — often at tremendous risk to themselves — had managed to shelter the needy, the desperate, the voiceless, and the vulnerable during times of injustice, persecution, violence, horror, and hate. To all who do so still. May we one day need to do so no more.