Photo: Will Malott on Unsplash

She refused to budge

She would not allow herself

Holding on to life

“There is no need to seek

For the dVerse quadrille challenge: Fix 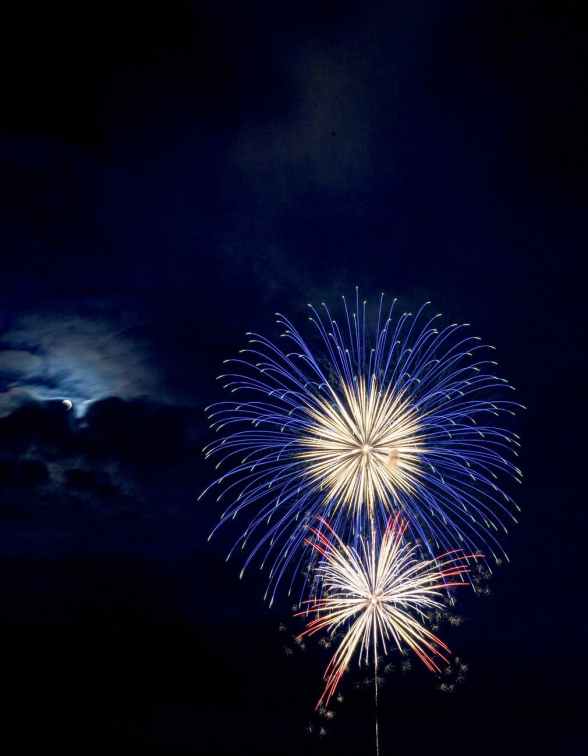 May you light the sky

May you fill all hearts

May the booms resound

As the boons of

Mom always told him to put his best foot forward.

He pulled it off and placed it in front of his wheelchair. It was the shorter prosthesis, the one that didn’t need straps around the hip to secure and the one he could even put a bit of weight on. Well, on good days, at least.

A sigh climbed in his chest, but he shook it off, took a deep breath, arranged the cardboard sign, and began:

There’s a tether that connects the hearts of care, the souls of kindness. It is tangible. It is sublime. It has a quality of light which bridges time and place, happenstance and circumstance.

There is a tether that fetters heartbeats to the expressions of another. It is seen in young and old as mirror neurons and empathy weave the tapestry of wisdom and pulse with compassion.

There is a tether interlinking who we each are with who we can be. It exists in sharp relief to whom we might become if we risk the loss of that which nourishes what ticks within.

“It is a chain to care,” some say, reluctant of obligation. “A leash. A hindrance to independence.”

Not so, for it is not restraint, but rather a foundation. A cornerstone of interconnection. We are none of us truly an island, and all part of a shared future: the air, the earth, the water, the resources, the young and old, the hearts and minds.

He plopped himself on the rug and pulled his sock on, tugging on the elastic till the fabric stretched to his knees. He gazed down at a bump. Scrunched his forehead, patted the bump down. It flattened but not all the way.

The furrows in his forehead grew. The bumpy bit was connected to the sock … like always … but something still seemed wrong.

He twisted his foot. Examined the sole. No bump there.

He pulled harder on the elastic. Re-examined. No change.

He stood, took a step and stopped. Another step. Stopped.

The bump bunched. It felt funny when he walked.

He sat back down. Stared at his feet. Wiggled his toes.

It felt funny again. He bent his foot. No good.

Maybe the sock was broken.

He pulled it off.

He pursed his lips, pointed his toes into the sock and tried again.

The fabric bunched. A bump.

He moved his foot, paused, narrowed his eyes, and sighed. Tugged the sock off and held it between thumb and finger. 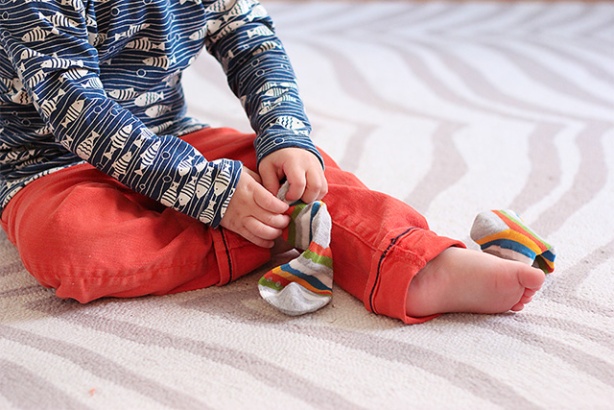 She packed a snack, Baby Bear, her rainbow blanket. She stashed a book and some crayons, last week’s (slightly stained and missing a corner but still meaningful) drawing of butterflies and “maybe aliens.”

She added a half-eaten cookie, a seashell, a necklace (you just never known when you might need one). She tried to squeeze in her pillow but it “won’t go.”

She put her shoes on (wrong feet, still fit).

She zipped the bag and pulled her hat on. Splayed the coat on the floor, pushed her arms into the sleeves, and flipped the whole thing over her head just as she’d learned. The coat slid on but tugged the hat off as it went, sending it to lodge someplace between her shoulder blades.

She paused in apprehension, then shrugged, jumped in place … ‘birthed’ the hat from under the hem and victoriously repositioned it on her head.

She nodded in satisfaction, reached for her bag and hoisted a strap over one shoulder. Squirmed and wriggled to get the other arm through the second strap.

“There.” She breathed. She looked around.

Being ready was nice but actually leaving was less enticing. All those hours at preschool before she got to see Mommy again.

Her shoulders slumped. So did the bag. Her lip quivered.

A moment passed. She brightened.

I was walking home from a meeting the other day and ran into an elderly woman with a walker and a broken umbrella. She looked lost.

I asked her if she was okay, and she shook her head. She couldn’t remember where she was going, then brightened slightly: she had a card. She dug around in her purse, broken umbrella perched over one shoulder and rain drenching her head, keys and change spilling onto the wet pavement. I held my umbrella over her, picked up the fallen items and looked at the card she held out: A senior center. I knew which one–it was quite a ways away. How did she end up so far from it?

She’d been trying to get there and must’ve taken a wrong turn. Got lost. She was flustered–she’s lived in the area a long time but couldn’t get herself oriented to what avenue was where or in what order or how far. She kept repeating an attribute of her destination. A ramp. For wheelchairs and walkers. It had a ramp. She’d been walking and looking for ramps…

I told her not to worry. I knew where she had to go and would walk her there.

On the way and as she looked for ramps and we slowly navigated in the rain that dripped over the edge of her broken umbrella and as we dodged puddles and splashing cars and potholes that snagged the wheels of her walker, she told me (and repeated the same every minute or so) she has “some dementia.” She used to be very independent and “drive all over the place” but now keeps getting confused. She said she tries to leave the house to be with people because “it is important” and because otherwise she sits home alone “and cries like a baby all day.”

My heart ached for her.

Her broken umbrella mirrored her flickering brain–she held on though it barely did what it ought to.
It took us a while to inch our way to the senior center. I kept reassuring her we’ll find the center (with the ramp). She retold me of her dementia. How independent she used to be. Of her forgetting. Her wanting to be with people. Her “crying like a baby” at home.
After I left this sweet lady safe and sound at the center (with the ramp–she was so delighted to see that ramp! Its presence a small proof of her memory still holding on to something!), I walked home and couldn’t help thinking … Wouldn’t it be helpful if instead of this little old lady, some of those who thrive on cruel manipulation, got a touch of dementia?
Irreverent simplicity.
Oh, dementia is no joke, and I did not and do not intend to trivialize it!
Nonetheless I found myself considering how safer our world would be if those who connive to hurt and harm, forgot how to … and instead became immersed in small-radius-activities of afternoon bingo and word-searches. If tyrants and terrorists of all types of violent intrusions, lost interest in victimizing or power-hunger, and instead had their world contract around organized daily existences in protective housing someplace … to be occupied with lunch and naps and no longer be capable of manipulation and scheming …
Just saying.
They would be a far more deserving audience for a bit of dementia, than this sweet woman and so many the world over whose full heart and intellect we can use.
Wouldn’t it be helpful, I thought, to have the wish-to-harm turn dull in those who relish spreading agony?
At least until the shuttle to Pluto was ready …

On this day. May we remember.

That freedom is not owned.

It is not American.

It is not given, but a given.

It is a state of being.

It is a right.

An attitude of the heart. 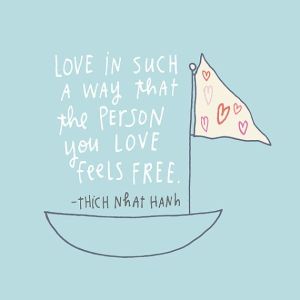