She didn’t mean for it to happen. Or she did.

She was no saint.

Sure, decades have passed. Much water under bridges.

A better person would have let it go.

Not when Marilee had deliberately spilled nail polish onto Linda’s gown on competition day.

An aspiring painter with bad aim.

For Sammi’s Weekend Writing Prompt of: Revenge in 72 words 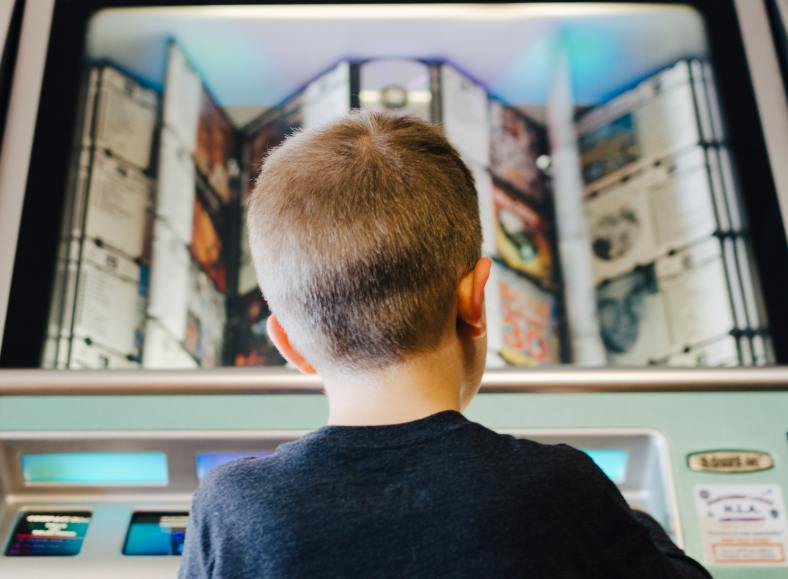 He wasn’t going to win this game.

He learned that much from many

And he did not care

To have his face made pie

So he played along,

As if it was all

Dedicated to all who had to play along, because that was the safer – if fake – choice. 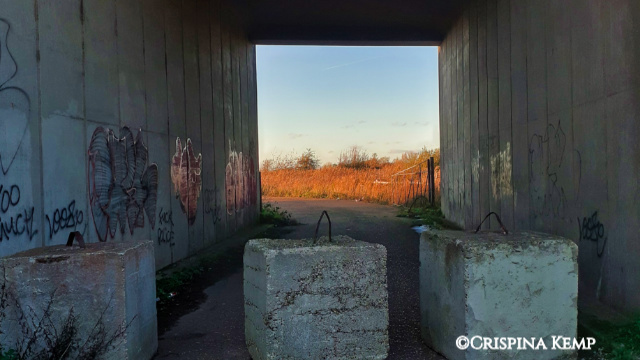 “Once you’re out the other side you’ll be one of us.”

Marco hiked his chin to try and eye the larger boy through the slits of light underneath the tight blindfold. He wanted to take the stupid thing off. It was scratchy and smelly and made him feel sad.

“What if I crash?” he tried but didn’t quite manage to keep the quiver out of his voice. He was afraid of the dark. And of falling. The others knew it. That’s why this test. To weave a skateboard, blind, through the concrete blocks in the underpass.

“Then,” Roberto replied haughtily, “you will have only yourself to blame for not being good enough.”

Before he could pull the blindfold off, someone gave him a push. 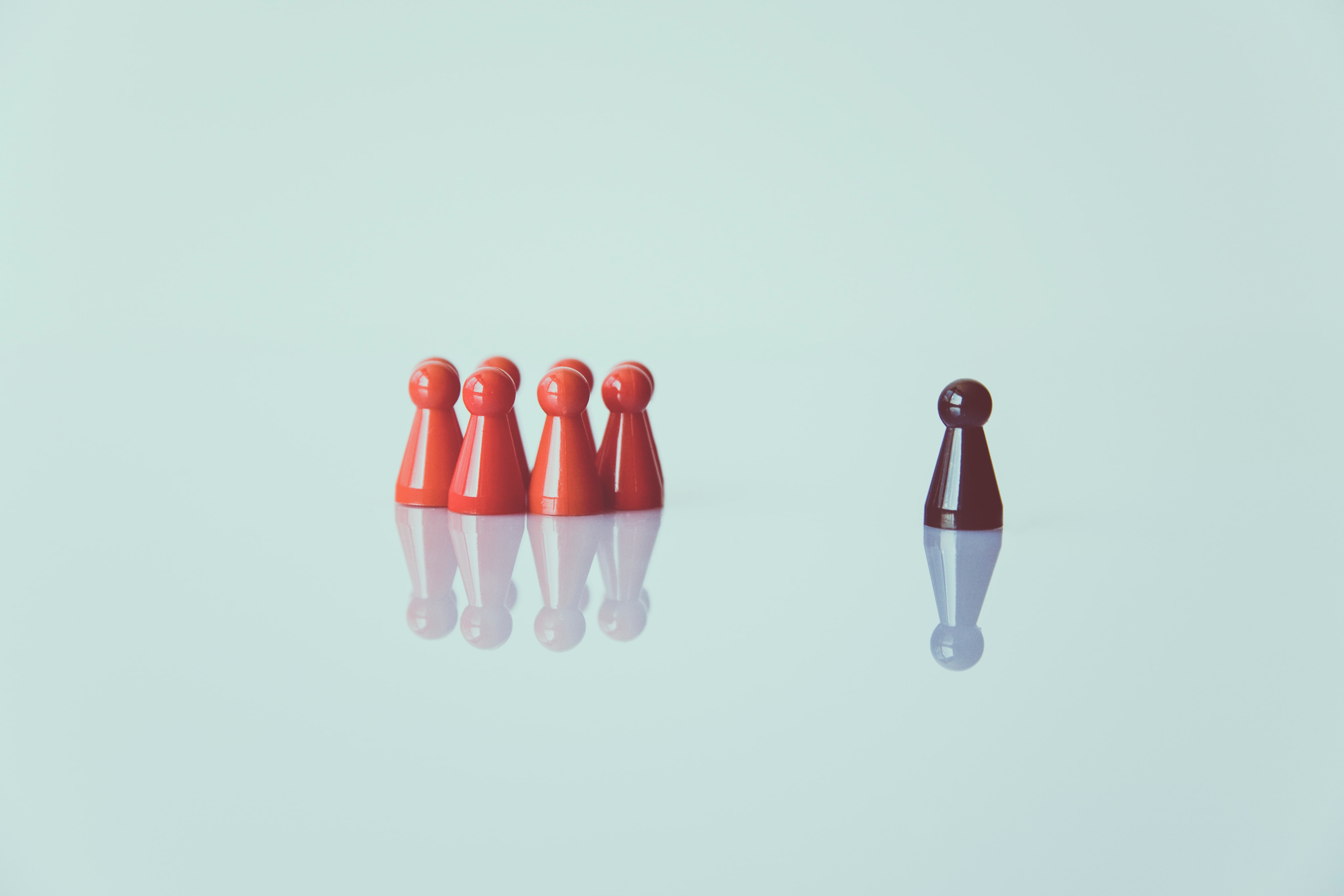 You are not welcome.

Or anyplace that we hold

And because you have far too much

You are not welcome.

Though if you come,

As long as you

To our need to aggrandize

And as long as you

Above a state that

Note: Dedicated to all who fight ingrained injustice, racism, hate, brutality, and the historical realities of too many who bolster themselves by believing they are somehow ‘premier.’ For the record, there is nothing ‘supreme’ about anyone who claims ‘supremacy.’ There never was.

It was the best place to play hide and go seek.

At least, that’s what they wanted him to think.

It was also the best place to go missing.

Not that they’d tell him. …

He had no reason to suspect anything was amiss. Not when the whole troop of them had ran together all the way to the weathered monoliths that dotted the small glens by the ancient cliffs. Not when the game had ensued with much merry running and grabbing and stone-circling. Not even when most of the children had headed back home for supper as dusk neared, but he was invited to stay “and play a bit longer” with a handful of the most popular kids.

He was new in town. He felt included. He felt welcomed.

He should have felt scared.

“He just disappeared,” they later said. “We thought he’d gone home with the others.”

“It has happened before,” their parents nodded, wrapping arms around the shoulders of their feet-shuffling children and forming a united wall against the ashen faces of the boy’s parents, the newcomers who never should have come, who never could belong. “The boy must have wandered away in faded light and fallen into a sinkhole.” 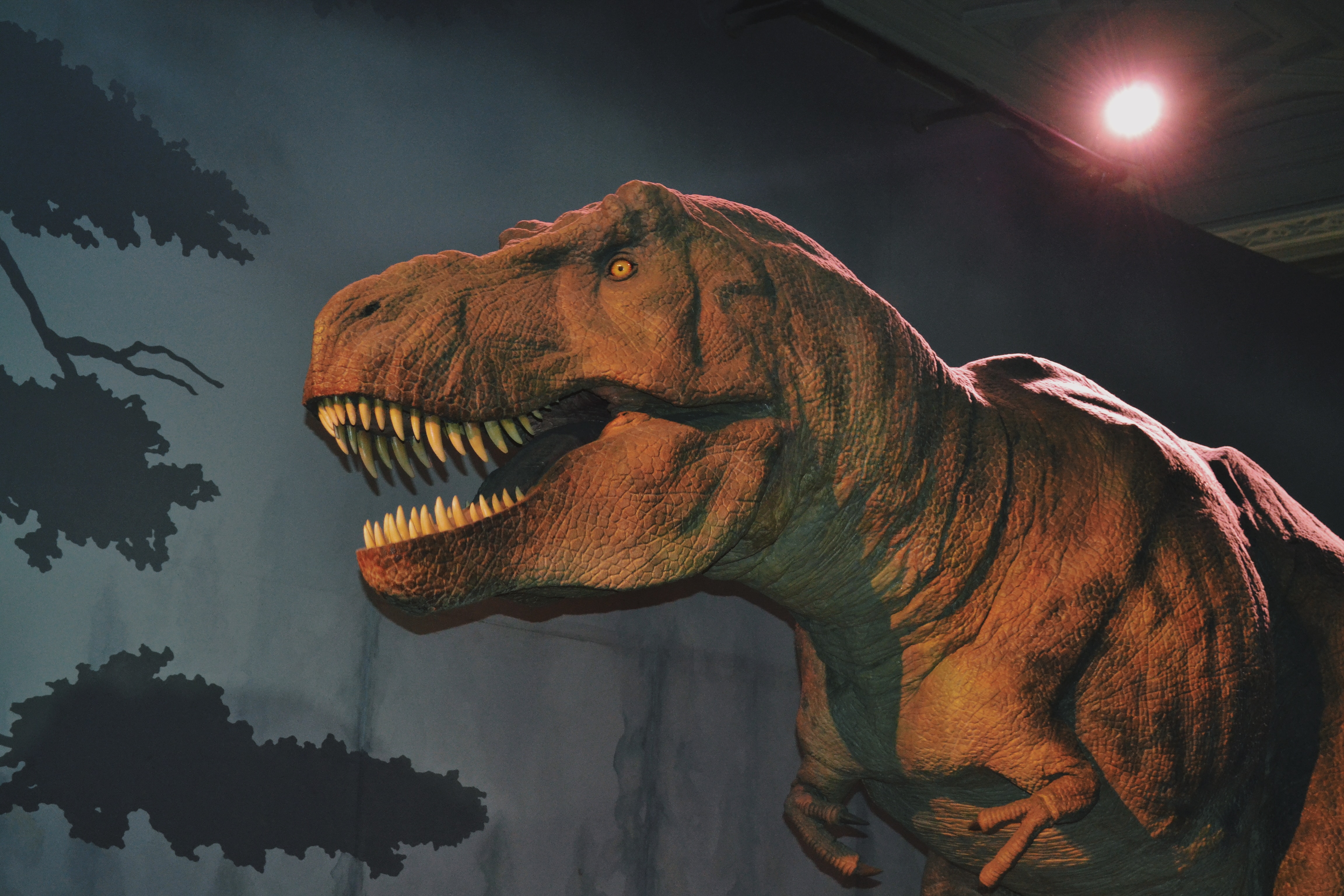 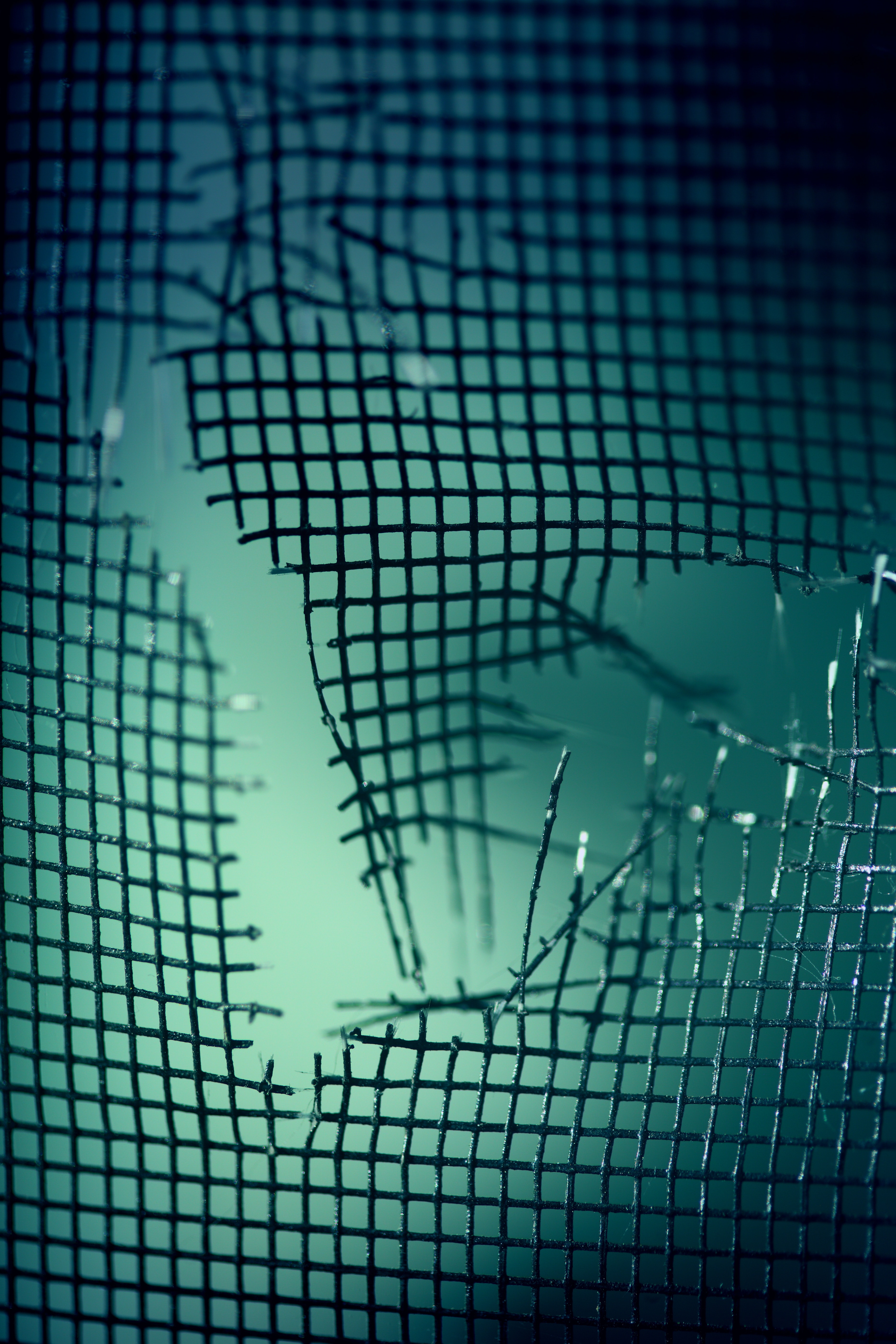 “They’re collateral damage,” he said, and gestured toward the flash of news images across the screen. “It’s not anything personal against them.”

He shrugged as if his words explained all of what happened. Of what continues to take place.

“They never should’ve put themselves in this situation,” he added, perhaps because he’d perceived my incredulous stare as an invitation to explain further, or perhaps because someplace, somehow, he felt ashamed. That is, if he was capable of shame, which as the evening dragged on I found myself increasingly doubtful of.

I glanced at Brenda, whose dinner plate seems to have become her world. Her absconding only made me angrier, but the boulder in my throat allowed no sound. I shook my head.

“Well, they could’ve stayed where they were,” he retrieved a comb out of his pocket and proceeded to slick back his salt-and-pepper hair, and the outrageously incongruous act against the reality of utter misery, somehow released my breath.

“They are children!” I choked on the word, but the rest tumbled out behind it as if afraid to become lodged again. “They could not make the decision to stay. They had no choice where to be born. Or who they were born to, or whether or not to put themselves in any situations.”

He continued to groom himself with the comb and I fought the urge to grab his arms and toss away the thing, one of the many things, the children were denied.

“Their parents should’ve taken better care of them,” he added blandly.

I took in a deep breath. “Even if that was true, which it is not in the vast majority of the cases, how does that make it acceptable for others to deliberately traumatize these children further?”

He raised an eyebrow in disdain to signal that my upset was the overreaction. “If their parents stayed in their own countries,” he stated sedately, “instead of coming here, the children wouldn’t get locked up. It’s simple, really. If a person doesn’t want their kids to suffer, they should not do certain things.”

“So now we’re talking like the mafia? Threatening people with harm to their kids?”

“Calm down,” he drawled. “Now that people know their kids wouldn’t have it easy here, perhaps they’d think before they decide to make their kids into collateral damage. If they did as they were told and stayed wherever it was they belonged, none of this would have to happen.”

I inhaled and glared at his wife, the colleague whose silence at the face of cruelty made her increasingly less of a friend. Her eyes scanned the wall someplace not quite behind my head.

“So you approve of terrorizing children,” I stated, my fingers groping for my purse. Her birthday dinner or not. I was done. “This is exactly what mafia does.”

He actually cackled. “They’re the mafioso. It’s their fault if their kids are cold and wet and getting hurt. What did they expect, crumpets and tea?”

They brought them in at dark, under the covers of secrecy and night.

Children, torn from loved ones, placed behind barbed wire, watched by burly guards.

“Your fault for coming,” they were told. “And now you’re too much work to reunite.” 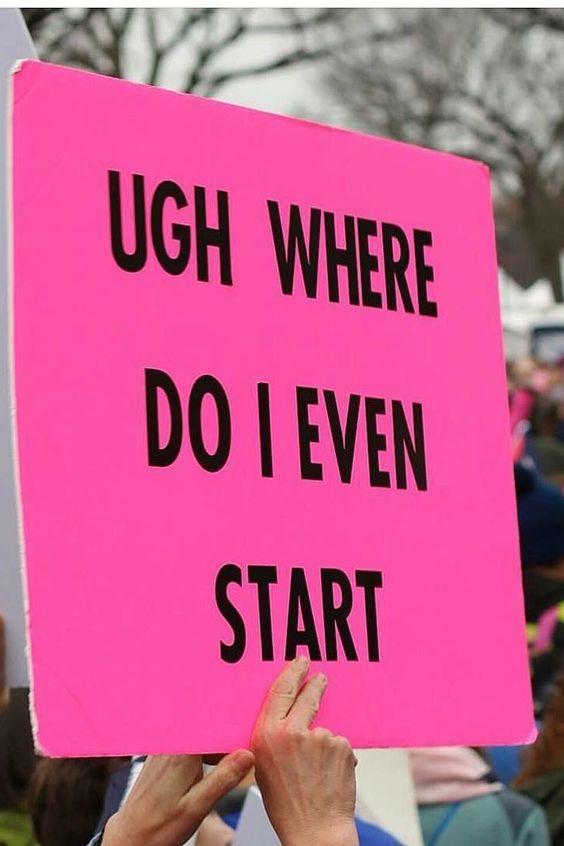 Just as violence will not be calmed

When truths are shut up,

Nor can peace be made by

There is no equality

While oppression is sought

So rallies where ‘greatness’

Is clothed in cruel acts

Breed not power nor awe

As leadership’s hubris is paid