“What a dump.” Larry kicked at a holey plastic disk on the dusty ground.

“Perhaps,” Bill acquiesced. “But it is my dump.”

“Fit for a match,” Larry snickered. The place stunk.

Bill regarded his cousin. He recognized the green-eyed monster behind the hooded eyes. “Perhaps,” he replied finally, “but I foresee another kind of match.”

“Like what?” Bill had the Midas Touch. It drove Larry nuts, but maybe this time he’d get some of it to rub off on him. Could use some green. 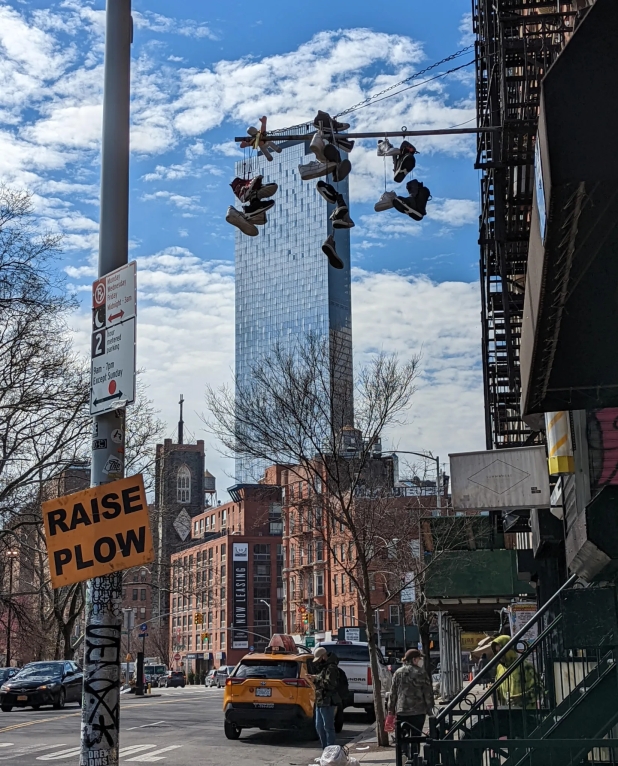 “Will you stop it already?”

Davie swallowed a sigh and lowered his eyes. He was making them stick out like sore thumbs.

“Only tourists and amateurs look up,” Bessie admonished, kicking a dry piece of sidewalk gum. “Real New Yorkers have already seen everything.”

Perhaps, but he had yet to. And he wanted to notice. Everything. Who lived in the tall building? Whose shoes were tied overhead? Why? Was it a memorial? A gangster’s territorial?

“Raise plow,” he read, imagining. He was looking up again.

“If we’re caught,” Bessie hissed,”the only raise you’ll get is welts from belting.”

He is reaching up

The gaps that make it,

In his moment of

To just how well we

For the Tuesday Photo Challenge: Steep 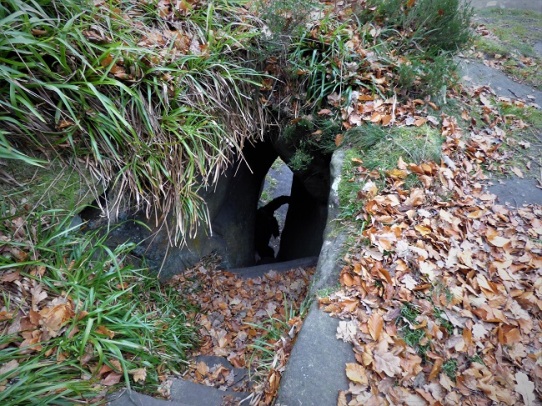 “If you knew where it goes, would you follow?”

Efran peeked down the leaf-strewn stone shaft and rough steps. “I can see where it goes,” he pointed. “There.”

Jerow shook his head. It could be difficult to know with Efran, whose disposition tended to be ebullient to the point of daft, whether the lad was deliberately vexing or totally clueless. “Yes, you see what looks like the bottom of the stairs, but what’s behind it? Where does it go?”

Efran took anther step and leaned closer to the crack between the stones, absentmindedly pushing back the locks of hair that forever escaped out of his braid. “Well, only one way to know.”

“Wait,” Jerow reached for Efran’s arm. He glanced behind him toward the encampment they’d wandered away from. The trees obscured it. Unless others were stretching restless legs while the elders deliberated the day’s route over morning tea, no one would know where they are. “Shouldn’t we tell someones?”

“Why? So they open a whole new round of discussions about who should be allowed to go down there first and at what auspicious hour?”

“Advice Before Carelessness” and “Caution Before Curiosity” were endlessly drilled and just as often resented. How was anyone to learn anything new or do anything exciting if inevitable delays always took precedent to investigation?

Still, he wondered if in this particular case there was merit to at least asking before launching oneself into a crack in the ground. They were, after all, in what everyone knew were haunted territories. He looked around again, almost hoping for someone to stop them.

“Forget the ABC!” Efran dropped his feet onto the steps and used his arms to brace against the narrow walls. “I want to see! Stick to your letters or come with me!”

For the Sunday Stills challenge: fitness

Photo: Flight Of The Gibbon, Thailand

In the tree tops’

For the Which Way Photo Challenge

It is what you call home

Even as you go places

A way to settle in

Dolphin will be your