(Dedicated with love to the children who survived, and to those who couldn’t.) 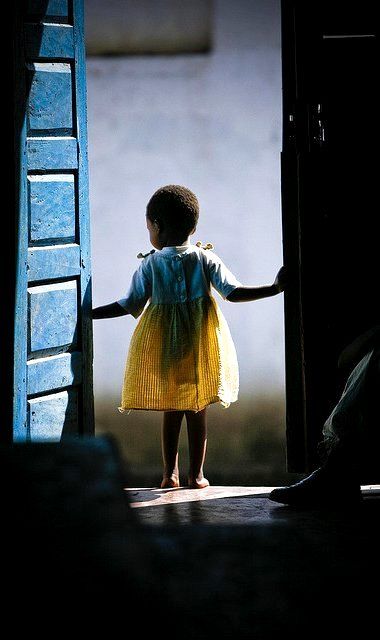 There were no hands to pat wet eyes.

There were no calming lullabies.

There were no comforts when one cried.

There was just time.

There was just fear.

There were blank stares.

There were human metronomes

There were no words.

There still aren’t any.

To weave the splintered

It was an urgent message.

“I have a little boy. He just turned three, and he suddenly can’t talk!” The mother’s voice was pressed with worry. She forgot to leave a callback number and the number on my caller ID showed as “Private Number.”

She called again the next day and I happened to pick up. I knew immediately that it was the same person who’d left the message–the urgency in the voice was palpable. She was flustered when she realized she did not leave a phone number–she’d been waiting for me to call back all of the day before, late into the evening. My heart ached for her. It does not take much to worry a parent, and a major change in any child’s behavior is alarming.

“He’s always been a little talker, you see,” she said after I asked her to tell me a bit more about what the problem was. “He started talking really early, actually,” pride filtered into the concern, a hint of smile of remembering. “Said his first words even before he was one, and he was putting sentences together before his second birthday. We used to laugh, my husband and I, about how he never shuts up …” her voice caught. “But now he can barely talk! He tries, but it is like nothing’s coming out!” Her own voice rose in worry.

“What?” My question surprised her. It was intended to, in some way, though I had other reasons for asking it. I didn’t want to describe the boy’s speech for her, didn’t want to put words in her mouth, but I did want to get some information about possible clinical presentation.

“Can he sing?” I repeated gently.

“Yea … actually …” her voice turned pensive, surprised, a little confused. “He sings really well. He’s not stuck at all when he’s singing! He loves singing … It is when he’s trying to tell me something that he gets stuck. He gets all red in the face from trying and I don’t know what to do to help him. He’s repeating the same sounds ‘mm….mm’ or ‘I I I I’ and can’t get a word out. It takes forever for him to say something.”

We spoke a bit more. Apparently this started the week before, though there were days in the week or two before that when when he would “stop” on a word, or repeat the beginning of a sentence a few times before “diving into it.” This first born little boy had no history of medical issues, there were no major changes in the house or in his life recently, no illness, falls, medications, ear infections. His articulation was stated to be “super clear” and his language was reportedly rich. He could tell stories and speak in sentences and “knew a ton of words.” He was a happy toddler and other than the occasional tantrum had an overall jolly disposition, which this ‘inability to talk’ did not mar. For all his red-faced stress, the mother admitted that she did not think that he was all that bothered by it and “just stood there and stayed stuck…” It was her who was alarmed, and her husband. “My husband has a co-worker who is a stutterer,” she said quietly, as if divulging a shameful secret. She did not need to add what she was fearing, what her husband feared–that their little boy was going to become that co-worker. A Stutterer.

I agreed to see the little guy for an observation and parent consultation, but had no opening till the week following. In the meanwhile I suggested to the mother to just let him be and not draw too much attention to his speech (including refraining from telling him to “start again” or “say it slowly” or “breath deeply”…). I recommended they continue reading to him, regular routines, and listen to him (even if it takes him a long time to get a sentence out) while maintaining interest and without making a big deal out of the dysfluency. I recommended lots of songs and music–for fun, but also because they can give a sense of fluency and reinforce a feeling of success and ease for the boy. We chuckled over how she’d just have to live with listening to the dude’s favorite playlist a few thousand more times…

She called me two days before our scheduled appointment.

“He’s fine!” she called into my machine. “It’s like he never got stuck at all! I don’t know what happened but he just woke up yesterday and he’s not getting stuck! I thought he was doing better but I thought that I was just hoping … but he’s just … talking up a storm! Do we still need to come?”

We decided to defer the consultation, and to have her call me if need be at a later date.  I explained that this might have been an episode of “Developmental Dysfluency” or “Developmental Stuttering” and that these sometimes recur, and if so, she can call me immediately, or watch and see what happens for a week or so before she does that. Whichever she prefers.

Developmental Dysfluency (AKA Developmental Stuttering) affects many children. In fact, 75-90% of children between the ages of 3-5 have times of dysfluency in one form or another and the vast majority of them do not continue to stutter. Sometimes dysfluency happens once. Sometimes it recurs. While dramatic, most times it is nothing to worry about. That said, if it recurs, if it continues for a long time, if the child seems upset by it, avoids speaking, seems embarrassed, etc., if there’s family history of stuttering, and if it causes stress and worry in the family; then an evaluation and follow up by a speech-language-pathologist are very important.

Stuttering can become a life-long issue, and it can impact people’s communication. Early intervention helps and can sometimes prevent stuttering from becoming complicated. It is also important to ensure that the speech issues are not related to problems with motor-planning, retrieval, processing, or other issues that need clinical help.

In this little guy’s case, his dysfluency recurred a few months later, and I got to meet him. His mother also brought a videotape of his interactions at home (including the cutest singing in the tub!) and took him to an ENT and had a hearing test done at my request. The boy’s language indeed was superb, and he showed no issues with motor-planning, social communication, or articulation. There were no issues of concern about his development or abilities. He was not bothered at the least by getting “stuck”, and commented to me, unperturbed, “sometimes my mouth gets a traffic jam.” His mother was not so alarmed this time around. The second dysfluency episode passed a few weeks afterwards, and did not return.

There are some theories about what causes dysfluency/stuttering in toddlers and young children. Many echo this little guy’s theory, and state that it is a ‘traffic jam’ of sort–a temporary mismatch between language skills that are improving and sentences that are getting longer and more complex; and motor skills that are not yet up to the challenge–literally too many instructions coming down the pipe for the coordination the child has at present to execute in timely manner.

Stuttering may have a genetic component, but that does not mean that having someone who stutters in the family dooms children in the family to same. Not everyone who is predisposed to stuttering does stutter, and whether one continues to stutter following dysfluency episodes depends on many factors. These include the child’s personality, and ability to regulate frustration, their other communicative and developmental strengths and weaknesses, their age when the stuttering begins, how easily frustrated they become, their life circumstances (e.g. trauma increases the risk), whether there are other speech and language issues, and the reactions of people around them (e.g. if people get worried, the child may become aware that something is ‘wrong with them’ and feel embarrassed or nervous or worse, ashamed), to name a few. The latter reason, especially, is why it is so important for those around the child to get support about how to react, what to do, and especially what NOT to do or say. It is always better to do what this mom did, and reach out to a professional for a consult, than try to ‘fix this’ on your own.

Treatment for stuttering is available, and can be very successful, especially in children (the more years one stuttered, the harder it can be to treat, though even adults can improve and sometimes overcome stuttering after years of difficulty). There are different approaches and methods to the treatment of stuttering, as well as different possible underlying issues that cause it in the individual person. So one size does not fit all–not one method works for everyone–and it is important to look for a clinician who will assess, consider, and match the treatment that is most appropriate to a particular person and be flexible to adjust it as need be.

I got a call from the little guy’s mom not too long ago. He’s starting Kindergarten and is into drama classes and theater. “He still sings in the bath,” she told me, “and sometimes I think that he does not shut up from the moment his eyes open to when they close at night …” 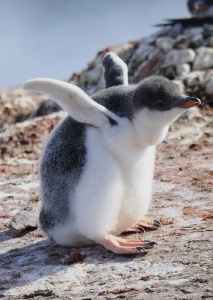