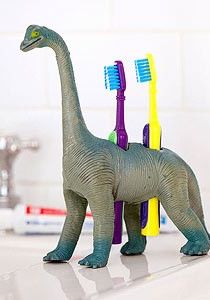 Quite a few of the children who come to see me have sensory issues that make teeth brushing a daily struggle. Princess and superhero themed toothbrushes are one way to make a necessary routine child-friendly and help with carryover and healthy oral-care. Another is to add a ‘toothbrush guardian’ (added bonus: this allows an inexpensive way to keep up with the recommended frequent change of toothbrushes).

To make Brushosaurus, drill a pair of holes into a plastic toy to make a handy dandy toothbrush organizer. Has been known to work just as well with magic ponies, sheep, unicorns, giraffes, and even the occasional Brushoturtle. 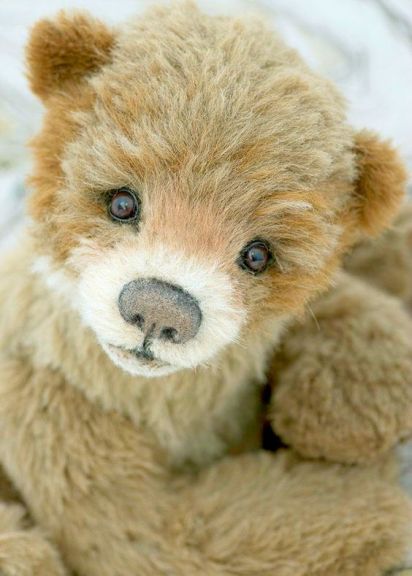 Tamina attended first-grade in a Harlem public school. She was homeless most of that year. Her mother lost the apartment after she lost her job. Sometimes they stayed with relatives but mostly Tamina, her mother and her sister slept in shelters where they could never stay very long. They carried their belongings in thick black garbage bags, protection from the weather. Tamina used to have a teddy bear, but it got left in a shelter and her mother was ‘too tired’ to go back for it. Tamina never got it back.

Tamina had very little. Other children had a home, their own bed, place for their stuff, more stuff. So she stole. Mostly small things: erasers, crayons, hair-pins. Things she could hide in her pockets and later in her black garbage bag. If confronted, Tamina would furiously demand it “was always hers.” I suspected she often believed it and wondered if some items resembled things she once had and owning them was a link to a time when life was less overwhelming. Beyond an overall language delay, Tamina seemed confused about concepts like the difference between possessing and owning: in some shelters cots were ‘first-come-first-serve’ and while you had it, it was ‘yours’ even if it did not remain so for long. You had to ‘watch’ your stuff or have it disappear. Why could an unattended eraser not be ‘hers’?

While children often crave things that are not theirs, Tamina’s stealing was possibly about unmet needs. Her mother was “always mad and cussing” and Tamina could not rely on her for support. Children whose ‘hungers’ are neglected seek other ways: become secretive, dissociate, numb themselves with substances, steal, hoard. These behaviors often further distance them from care and social support, when they in fact communicate confusion, loneliness, anger, loss, and shame.

[The above is an excerpt from “Communicating Trauma” Routledge, 2015]

Homelessness does not necessarily mean neglect, but the realities and causes of homelessness pose many risks, especially to children. In addition to loss and grief, there are increased health and safety risks, along with reduced access to care. Children without homes suffer insecurity, and their caregivers may be too overwhelmed to attend to their emotional needs. Depression, posttraumatic stress, illness, disability, poverty, domestic violence and other life-crises are all too common among parents of homeless children. Any one of these factors can overwhelm a parent and reduce their availability, let alone when such factors combine.

Homelessness devastates. It is crucial we work together to understand it and resolve it as well as support families in crisis and address risk factors before they reach a loss of home, hearth, and heart. 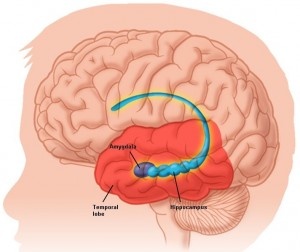 A new study shows that a child with an ADHD diagnosis is more likely to have also experienced stress and trauma early in life.

Clinicians working with traumatized children and adolescents have long noticed–and noted–that it was not unusual for children with trauma histories to be diagnosed (and possibly all too often misdiagnosed) with ADHD.

As the article below states, and what is very important to take into account, is the need to rule out trauma as the cause–or contributor–to the child’s clinical presentation, rather than simply assume that a distracted, inattentive child has ADHD. Assessment needs to address the possibility of trauma, and intervention approaches must be adjusted accordingly. For example, medication for ADHD may not be appropriate for a child whose inattentiveness is due to hypervigilance. It is crucial to ensure that past trauma be treated and ongoing trauma be addressed, so that the child can let go of the coping skills adopted to manage overwhelm.

The article is copied below. You can also read it on the original webpage by clicking on the title below. For more information about trauma and development, click here.

News Analysis: Are We Misdiagnosing Childhood Traumas as ADHD?

Children with attention deficit hyperactivity disorder (ADHD) receive a diagnosis based on their behavior: age-inappropriate fidgeting, inattentiveness, hyperactivity, and trouble sitting still and concentrating. However, according to new research presented today at the Pediatric Academic Societies annual meeting in Vancouver, Canada, these behaviors may also be linked to childhood trauma.

A research team analyzed data about 65,680 children ages 6 to 17. (The data was taken from the 2011-2o12 National Survey of Children’s Health.) The children’s parents answered questions about whether their kids had been diagnosed with ADHD, how severe their symptoms were, and whether they were taking any ADHD medications. The parents also reported on whether the children had had any of nine adverse childhood experiences (ACEs): poverty, divorce, the death of a parent or guardian, domestic violence, neighborhood violence, substance abuse, incarceration, familial mental illness, or discrimination.

“Diagnoses of ADHD have increased over the last decade, and there has been a concomitant rise in stimulant medication use,” said Nicole Brown, an assistant professor of pediatrics at the Children’s Hospital at Montefiore and lead author of the study, in an interview with Healthline. “Many of my patients also experience trauma during childhood, which often exacerbates ADHD symptoms and poses diagnostic challenges with respect to teasing out whether their symptoms directly result from the trauma they experience.”

About 12 percent of the children who participated in the survey had been diagnosed with ADHD. Parents reported that these children had also experienced higher rates of all of types of ACEs than children without ADHD.

ADHD and Trauma: The Chicken and the Egg

How is ADHD connected to stress and trauma? There could be a number of explanations.

First, it’s possible that doctors are simply mistaking the signs of trauma in children for ADHD. “What we find is that there is often an overlap in the symptoms of children who have ADHD and children who have experienced trauma, particularly small children,” said Alicia Lieberman, professor and vice chair for academic affairs at the University of California, San Francisco, Department of Psychiatry and the director of the Child Trauma Research Program at San Francisco General Hospital, in an interview with Healthline. “The inability to concentrate, the fidgetiness, the inability to pay attention, the distractibility, the restlessness, and the irritability are often behaviors that trigger a diagnosis of ADHD. And often, the people making the diagnosis do not ask what happened to the child, what kind of experiences the child has had.”

Brown agrees that this may explain her findings. “Studies have also shown that symptoms of post-traumatic stress disorder (PTSD) or acute stress disorder resulting from adverse life events closely resemble ADHD symptoms, so there is a high likelihood for clinicians to diagnose ADHD and overlook a possible trauma history,” she said.

Another explanation is that children with ADHD may be more likely to get into trouble and to experience traumatic events as a result. “Children with ADHD can become more impulsive, can be more annoying to parents that might be depleted, so children with ADHD might be at greater risk for being maltreated or getting into accidents, which might in turn trigger PTSD,” explained Lieberman.

Finally, researchers know that stress in the early life environment might affect the development of the brain. “It’s also possible that being exposed to a traumatic event increases the likelihood of developing psychiatric disorders that have a range of manifestations, including anxiety, post-traumatic stress disorder, and ADHD,” Lieberman said.

“When a child is presenting difficult behavior, the first thing to ask is ‘What happened to the child?’ rather than ‘What is wrong with the child?’”

Under this lens, ADHD is only one of many possible outcomes that can result from early-life trauma. And even then, ADHD might just be a sign of what’s to come. “We know that early life adversity produces developmental changes consistent with ADHD, but it produces many other effects as well,” explained Regina Sullivan, a professor of child and adolescent psychiatry at the New York University School of Medicine. “As a child is developing, and there’s a neurobehavioral deficit, how that is expressed changes during development. ADHD can sometimes be symptoms of neurobehavioral problems that will emerge later in development.”

Are We Medicalizing Stress?

Rising rates of ADHD diagnosis and medication use raise the question: are we turning normal levels of life stress into a medical condition? Lieberman points out that more than 60 percent of children report that they have been exposed to some kind of victimization in the previous year, and more than 10 percent have had five or more exposures. For many children, ACEs aren’t rare, they’re the norm.

And when kids are under stress, they’re more likely to act out. “When a child is presenting difficult behavior, the first thing to ask is ‘What happened to the child?’ rather than ‘What is wrong with the child?’” said Lieberman. “The recommendation that the authors of the study make about the importance of screening for trauma exposure in every child that is showing symptoms that can be associated with ADHD is extraordinarily important and timely.”

In these circumstances, medications probably aren’t the answer. “While stimulant medications may prove beneficial for some children, they may not be the most effective management strategy for all children,” said Brown. “Children with ADHD diagnoses who have experienced trauma may additionally benefit from specific behavioral interventions that are tailored to addressing their underlying trauma histories.”

However, Sullivan cautions against drawing too many conclusions about a child’s past from his or her diagnosis of ADHD. “Not all children with ADHD have had early life adversity,” she said. ADHD also isn’t necessarily a sign of other disorders to come. “Sometimes, when someone has ADHD, they maintain those ADHD symptoms throughout life, changing somewhat, but they still have the diagnosis of ADHD.”

It will be many years before the root causes of ADHD are fully understood. Until then, doctors must try to figure out which symptoms are caused by trauma, while also ensuring that children with ADHD get proper treatment for the disorder itself. 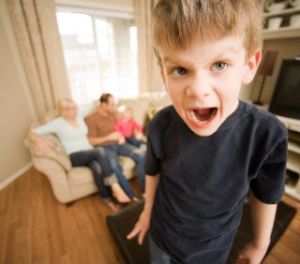