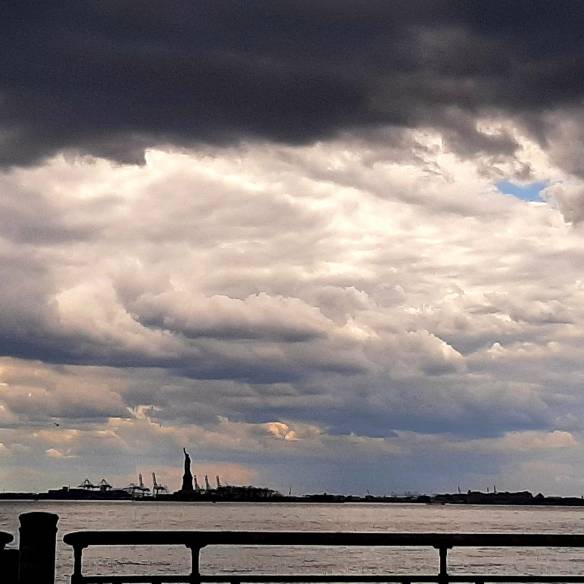 If he could make it there, he’d make it anywhere.

It was the axiom he had placed everything on.

He held on to the promise when his body hurt from beatings. He played the image of it in his mind when emptiness of heart and stomach kept him from shut-eye. He whispered small encouragements to himself to drown the insults that insisted he was nothing.

For he was. Someone.

He had to believe.

The words she said.

About where he could be.

And lit beneath storm clouds, she stood, waiting.

For Rochelle’s Friday Fictioneers (Thank you for using my photo as a prompt this week!)

60 thoughts on “Lady In Waiting”