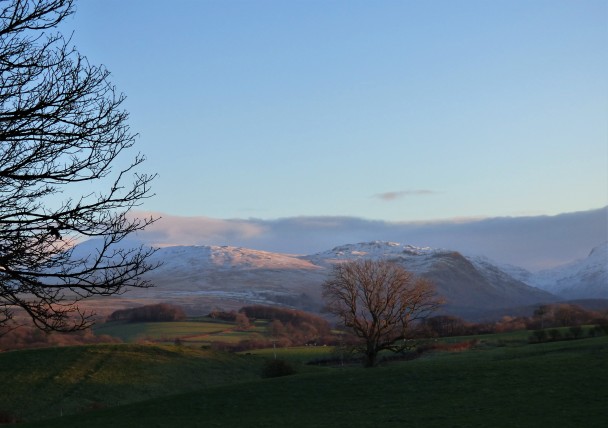 She never grew tired of it.

Even if fatigue had become part and parcel of her every day. Of her very breath.

It did not matter. Her fatigue didn’t, that is. At least, it did not matter as much as it would have otherwise. As much as she knew it could. As much as it had in the other place, where there was naught but white walls and white squeaky soles on squeaky clean tiles and antiseptic air and officious hands and flickering images on a screen where well-dressed persons babbled about things that did not feel relevant to her in the least.

They’d urged her not to leave.

Not when the trade-off was brisk air and the smell of just-trampled grass and the scent of rain and the open vistas of the world rolling down into the horizon where the sun met the mountains and the sky kissed the ground.

Not with the play of night and day around her, not with light that flickering on her covers and the sun licking her fingers as she lay in bed. Not with a world that breathed and changed and lived and died and reemerged. With yips of puppies racing down the lawn. The hiss of wind. The chirps of birds.

Sure, others were concerned, or so they said.

Death did not scare her. Nor did the warnings that she’d be too far from hospital to get assistance in time if another crisis came. For a crisis was bound to come, and when it did, she knew she’d be content to face it with her face to the hills and her eyes on the valleys and the snow-capped mountains where her soul would soon roam.

For she was halfway home.

More than half, perhaps, now that most of the sand in her hourglass had been shed.

It did not matter.

She was halfway home, content with whatever lay ahead.