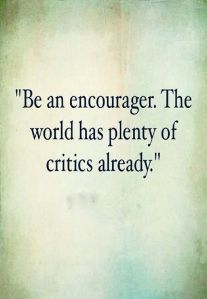 How many times have you been tempted to point out what needs fixing? Wanted to highlight what is wrong, what “can use a tune-up”, what one should be doing differently, or more of, or with less drama, or with more oomph, more boldness, better self-image, assertion, courage, ease?

We have all been there, prodding someone along with good intentions (and other times with a bit of righteous indignation of “I told you so” and “no wonder you are as you are, if only …”). We see someone stuck, repeating old mistakes, mired in old pattern and fogged-up insight recognition … and we point it out–not to hurt, oh, no–only as an intended kindness. We hope a kick in the right region will do the trick this time.

We mean well, but we forget the price of shaming. We underestimate or look away from the price of boring holes in someone for the sake of our sense of having done something ‘for them’ (when we did it for our own need maybe just as much if not more). Shame stilts. It burrows. It slips whatever good intentions into the cracks between what already feels broken and has it ooze away into the void. It makes the distance from targets loom larger and comparisons ache harder.

Almost no one gets criticized as much as children do. Children bear the brunt of much correction. Often. And in what should be counter-intuitive, the very kids who struggle most with getting something right, are the ones to get the most critic for once again doing it imperfectly, for again being wrong. For not following the directions. Again. For missing something. For not listening well enough, not trying hard enough, not having the right attitude.

When criticizing them, we certainly do teach the children something: we show them we are focused on their errors, not their strengths; on the target, not the path; on the final product, no matter the effort or progress. Critic chips another bit of self-esteem and makes exuberance too pricey to risk finding. It does not build. It hollows out.

Showing the way works better. Breaking down a task to smaller steps aids faster. Pointing out what worked as a path to follow gets farther. Encouragement helps more.

Encouragement does not equal the blind empty phrasing for a mediocre effort with: “this is a masterpiece and you are always the most amazing child ever born and all you do is perfect”–kids smell the shallowness of that a mile away. Praising indiscriminately is as irrelevant as constant criticism. It is white noise. It does not help the child see where her effort mattered not lets her trust that you see a difference and even care to note the true wheat effort from off-handed chaff.

Encouraging means giving balanced credit for an honest effort. It means a fair praise that matches the magnitude of accomplishment for that child at that moment, while still providing firm support when efforts fail. It means letting the child know that you notice. That you see THEM and not only their ability relative to others, even as you help them find a better way to measure up.

Children meet plenty of critic without what we might think we ‘owe’ them as a way of caregiving. They don’t need more people holding mirrors to their flaws. The world will quite surely provide enough of that. Encourage. I’ve never met a child who cannot use a little more.

Some equate critic with being honest. With “saying like it is” and “facing reality” and “toughening up.” This is not honesty. It is boot-camp. Actual honest critic is only one that comes when the words one says (one’s tone, one’s posture–critic is communicated in much more than words), flow from a well of true encouraging. It is so only if the message is imparted with sensitivity and care that ensures it builds, rather than tears down, puts down, whittles, or compares. Only if on the heels of pointing out a place for improvement, there is the vista of all the effort put forth already, a detailing of the next step–and a helping hand.

A rule of thumb: critics abound out there already. Least of them being the inner critic that you’ll instill within a child with alarming speed. Be an encourager. An honest buddy offering support along the roughest patches and a ‘that-a-girl’ when each are overcome.

Encourage. It is nourishment for growing. It is like water on parched land.