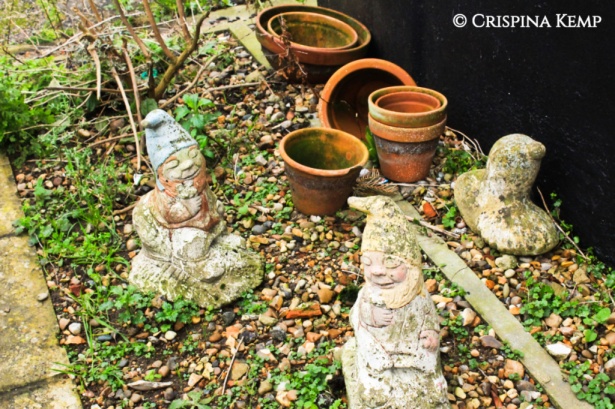 No matter how much he tried to recreate the last exchange he’d had with The Tall, he couldn’t wrap his head around how he ended up in the predicament he now found himself in.

Open-eyed-blind, blunted, turned away from everything and everyone. He was but a nub of his former self.

It never should’ve come to that.

He didn’t think such drastic measures had ever been taken before against any of the garden folk. Certainly not against a gnome (shorter and tricksier than most or not). Sure, there have been tales of persecuted fairies. Of elves’ homes trampled. Of spirits sent to cemetery quarantine. Perhaps the less-than-fair Fair-Folk had to sometimes be kept in check. But gnomes? Why would anyone get even with a Grandfather of Gardens? Gnomes were made to evoke trust and smiles, not fury.

And yet. There he was. Exiled. Helplessly turned against the blank, black wall.

14 thoughts on “No Known Gnome”