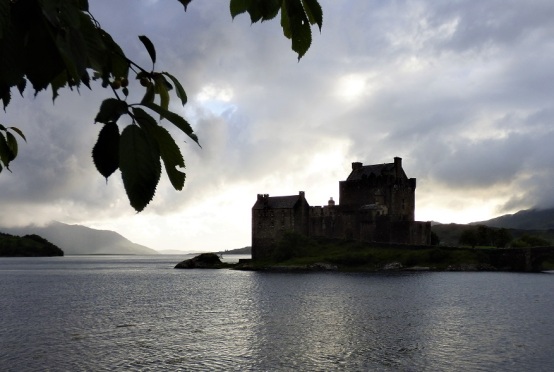 His gravely voice was somewhat amused but carried in it the edge of impatience she’d recognized from her own father. A dismissive tone that simultaneously mocked and tolerated females’ flair for the emotional while also warning said females to not mistake momentary patience for leniency.

Muriel swallowed any sign of sigh. Her body ached from three days rattling on wooden wheels over rocks and gravel and muddy ruts and unexpected pits. To make matters worse, the girl-servant who’d been her companion since childhood, hadn’t been allowed to accompany her, and the rough hands of service women who did not know her, had tied her stays too tight and left the knots digging at her ribs and the small of her back.

She’d closed her eyes in part to manage the ever present nausea of travel forced on her at the opposite direction of movement. However, a goodly bit of it was in order to allow herself at least a semblance of private space in the confines of the carriage. His eyes undressed her either way, but at least she could pretend to not see it.

She forced her eyes open and nodded the politest smile she could manage at the man who would be her lord and father-in-law (and if his leering told her anything, also the master of her body, son or no son).

He scared her and his eyes were cruel, but she’d learned at a young age to hide revulsion under a lowering of lashes and to nod compliance as means to reduce inevitable harm.

“You are a girl-child, Muriel,” her mother would soothe and scold her as she gently rubbed salve onto what new welts and bruises another lashing had left on the child. “No matter what they do or ask of you, you must not disobey.”

And yet even her mother, the mistress of the manor, who embodied the balance of stately conduct and humility before her betters, sported the occasional split lip from her husband, Muriel’s father, along with other wounds in areas best left unmentioned. All a female could do was walk the tightrope in attempt to limit scope and frequency of pain.

Muriel raised her eyes to meet the heavy brow of the man who occupied the seat across from her. She calmed her voice so it not reflect her fretting mind.

“Have we almost arrived, My Lord?”

His eyes flicked to the window and she leaned to look through the opening, acutely aware that this brought her body perilously close to his lap.

The lake sprawled at the side of their conveyance, the water undulating lightly in the breeze as afternoon clouds gathered. Into it grew a spit of rock and on top it a castle, stout in stone and strong in somber presence. It was far larger than the house she’d left behind. Gloomier and more glorious, too.

She wondered how long it would be before she could once again see it from this or any vantage point. Some lords did not allow their women to leave their rooms, let alone the courtyard. Especially not the newly arrived, who might attempt to steal a path out of marriage by seeking the luring company of nymphs at the bottom of lakes.

She let her gaze linger on the castle before straightening.

“It is beautiful, My Lord,” she said.

His eyes narrowed then relaxed and she was glad she didn’t need to lie about it. He’d probably know if she had.

Her stomach lurched. Home or jail, there may not really be a difference. Still, as the carriage continued toward the future that this man had proposed and her father had accepted, she felt she may have passed some test that if she managed to maintain the credit of, could bring her — if not safety or protection — then perhaps a lesser measure of misery.

26 thoughts on “The Proposal”