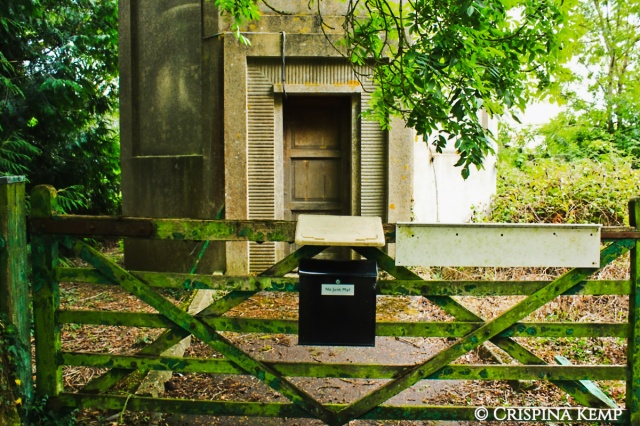 “How would this work, exactly?”

Jason shrugged and bent to scratch a bug-bite on his ankle, shaggy mane covering his face.

Mark narrowed his eyes. “Seriously, Man, who’d put a mailbox on a crypt?”

Jason straightened, and not for the first time, Mark couldn’t help but think of puppets with too many strings and too few fingers to operate them. Everything about Jason was too long, too lanky, too loose. It was as if someone had forgotten to tighten the screws in his friend’s joints. He’d known Jason since Second-grade, yet something about seeing his classmate’s movements in this setting, woke a bell of alarm in Mark’s belly.

He moves like a mummy, he realized. Shuddered. Shook it off.

“My Granny says some use it,” Jason replied, oblivious.

The tow-headed boy nodded. “Requests for revenge, mostly, she says. After all, it is the crypt of a mass-murderer.”