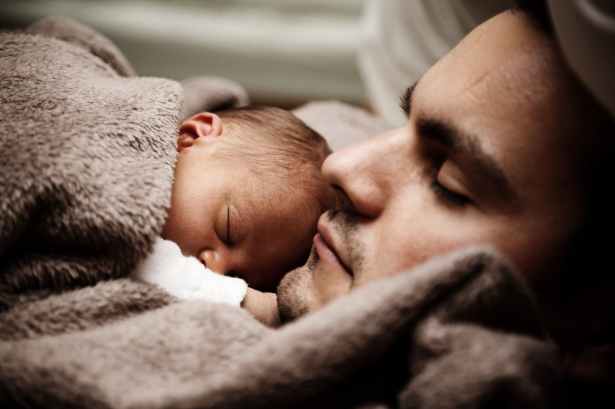 Photo by Pixabay on Pexels.com

“We’ll be okay,” he promised, even though he had never cared for a baby, let alone one quite so young.

It didn’t matter. He’d google it. He’d even call Aunt Edna if he had to.

For now, there was nothing to do but reassure Margo, who looked as if a semitrailer had gone over her once and came back for seconds. He had no idea what bleeding in a new mother meant, but he didn’t think it could be something to ignore, even as he simultaneously tried hard to not imagine the exact nature of it.

Still she argued with him till he said, “what if you give whatever this is to the baby?”

She let him call the paramedics. She agreed to call her mom.

“There’s breast milk in the freezer!” Margo remembered as EMS wheeled her out.

He was curious enough to head straight for the kitchen to check it out. He wasn’t sure what he was looking for till he spotted a few small zippy bags in the freezer’s door. They had a date scrawled on with a sharpie and contained an off-white substance. Didn’t look like milk. Well, maybe like a watered down version of ‘milk’ from the vegan aisle.

He stood there and wondered how the milk got from the freezer to the baby’s tummy. Do you cook it? Does it get ruined if you microwave it? Isn’t it supposed to be in a bottle? He hoped Margo’s mom will arrive before he had to figure that out.

He shut the freezer door but his mind would not shut the topic. How did the breast milk get into the bag in the first place? Did people sell this stuff? Was it hers? How does one milk a breast? Do you even call it “milking”? His mind conjured images too odd to contemplate. He wasn’t sure he liked realizing that women’s breasts had … um … practical uses.

The baby whimpered and he jumped to pick her up from the swinging car-seat-like-thing she was strapped into. Took him a good two minutes to figure out the clasp. Fort Knox, this thing. By then the whimper became full on red-in-the-face howl. He tried not to panic. Did babies normally get this loud or was the baby sick? He thought of Margo’s bleeding. Would he have to check, you know, the diaper area?

He bounced the baby lightly against his chest and she burped and dribbled some off-white liquid that looked like the breast milk in reverse. It wet his shirt but he didn’t care because the baby quieted. He wasn’t sure whether to keep bouncing her or not. What if she burped up more and ended up losing all the food in her tummy? He settled on a sort of light jiggly dance. Seemed to help. When he peeked down he saw the baby’s eyes had closed. The tiny mouth was closed, too.

A huge yawn stretched his.

He’d just come home from a double shift at the construction site and was dreaming of bed when he remembered that he’d promised Margo he’d check on the stairway light. He knocked on his neighbor’s door to let her know it was just a faulty light-switch, and was alarmed at how awful she looked when she opened it.

Margo rented the one-bedroom above the studio apartment he liked to think of as “his bachelor pad” though it was more like college-dorm-meet-thrift-store-shabby. Margo had already been pregnant when she’d moved in, and he’d felt a combination of protectiveness, shyness, and admiration for the young woman. Her mother had given him a critical once-cover and a ‘best not mess with my kid’ look when she’d come for the birth. He cowed under her glare and tried to stay out of their way. He hoped he passed muster when Margo’s mother found him making room for the stroller in the small landing. She didn’t say much, but she was marginally less glacial afterwards.

He’d been relieved when Margo’s mom left. Now he couldn’t wait for her to return.

Another yawn. He wasn’t sure how far away Margo’s mom lived. An hour? Two? More?

Margo had left her mother’s number on a sticky note, but he didn’t want to call. Told himself she had enough to worry about, though in truth he just didn’t want her to think he was as inept as he felt.

I did get the baby to fall back asleep, though, he thought defensively …

The third yawn threatened to swallow half the baby.

He lowered himself gingerly onto the couch. Hoped the baby stays quiet. She did. Good. He’d just close his eyes for a moment.

He woke to pots and pans and the smell of eggs and coffee. There was a slight weight on his chest. He stared down to see a downy head peeking from under a brown blanket.

“You were both fast asleep,” Margo’s mom manifested, apron-clad and a sudsy sponge in one hand.

She smiled, and he noted to himself that she didn’t look half as intimidating as he’d remembered.

“She’s stable,” her smile thinned, with worry, not critic. “They gave her blood and are keeping her for observation but I can bring Ella to visit her later this afternoon.”

As if she knew she was the topic of the conversation, the baby stirred and stretched a small fist at his jaw. Her eyes opened and she contorted her face, ready to cry.

“I’ll take her,” Margo’s mom put the sponge down and wiped her hand on her apron before reaching for the baby. “Did she eat?”

He shook his head. Still a bit dazed and surprisingly disappointed at the loss of the small heft over his heart.

“I’ll make her a bottle.” Margo’s mom nuzzled the baby’s neck, and tilted her head toward a phone on the coffee table. The smile was back. “I took a photo, by the way. Of you and Ella. Was too sweet to not share.”