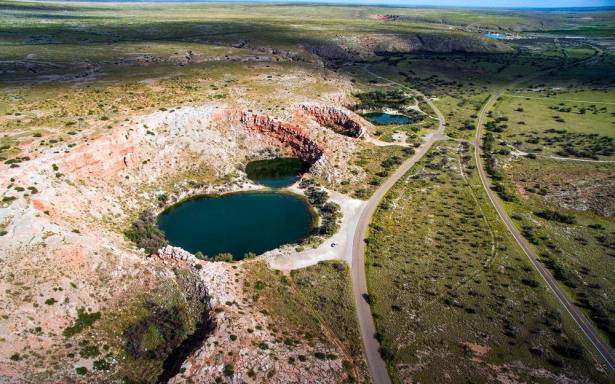 “Which one was it?” Mark peered into the screen and jiggled the joystick for the drone.

“I don’t know,” Jake panicked. “It looks different from the ground.”

“We really should call 911,” Sherlock fretted.

“Shut up and live up to your name, will ya?” Jake snapped. Worry and guilt made him mean.

Sherlock turned beet red. In two months he’d finally be old enough to rid himself of this kick-me-name. Not that he trusted it’ll matter to those who already knew him.

Mark maneuvered the drone over the blue circle. He scanned the rocky edges. Ted was only supposed to pretend to jump in, so they could post it online for the new “Dive In” Internet challenge, but he either lost his footing or decided to show off.

A ripple in the watery surface had him zoom in closer.

The drone tilted, wobbled, splashed into the sinkhole, and disappeared. Like Ted.